Zille files reasons why she should not be suspended 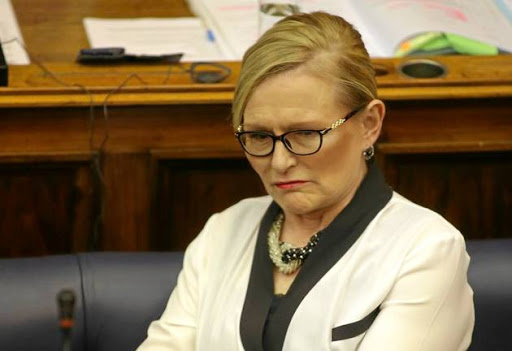 THE LISTENER: Premier Helen Zille pays close attention to proceedings at the debate on her tweets in the Western Cape legislature.
Image: RUVAN BOSHOFF

Western Cape Premier Helen Zille has filed her submissions to the Democratic Alliance‚ stating her reasons why she should not be suspended.

Zille had until 5pm on Tuesday to make representations to the party about why she should not be suspended following a series of tweets in March in which she discussed the advantages of colonialism.

The party's leader‚ Mmusi Maimane‚ announced at the weekend that Zille had been suspended‚ but the party quickly had to backtrack‚ after Zille pointed out that the party's constitution allowed her the right to make representations before any decision on her fate could be made.

James Selfe confirmed just after 5pm on Tuesday that Zille's submission had been received in the late afternoon.

He declined to go into the details of Zille's submission‚ saying these matters would be dealt with at a media briefing on Wednesday morning.

Selfe said that he wanted to give members of the DA's federal executive enough time to discuss the issues first.

"This is one instance where I am not going to let the news cycle get in the way of good administration‚" he said.

Zille would also not comment on her submission on Tuesday‚ saying only that her representations were now the property of the DA which could only be accessed through Selfe's office.

Zille said she would meet with the party's federal legal commission on Friday - a meeting at which she was entitled to be accompanied by a lawyer.

Selfe said that Zille's representations would also be considered by the FLC.

He said another meeting would be scheduled to discuss whether to suspend Zille from her party duties.

"Suspension would not affect her legislative duties ( as Premier)‚ because it is a party suspension. But it would prevent her from attending party meetings‚" he said.

The issue had pitted Zille against her former protégé and current party leader Mmusi Maimane who was determined to take action against the Western Cape premier while she was not prepared to go down without a fight.

Western Cape Premier Helen Zille is in a lot of trouble after she tweeted an apparent defence of colonialism, but it is not the first time the former DA leader has landed herself in hot water over controversial tweets. Subscribe to TimesLIVE here: https://www.youtube.com/user/TimesLive