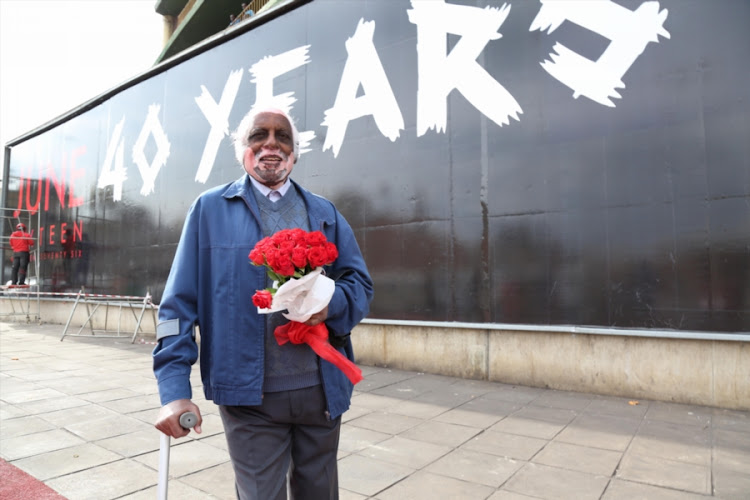 Anti-apartheid veteran; Kay Moonsamy during his visit at the 'Red Square' on June 13, 2016 in Durban.
Image: Gallo Images / The Times / Jackie Clausen

He has also ordered that the national flag at all flag stations in KwaZulu-Natal be flown at half-mast on Saturday (today)‚ the day of Moonsamy’s funeral‚ the Presidency said..

“Mr Moonsamy‚ who was one of defendants in the famous 1956 Treason Trial‚ would be remembered for his selfless leadership he demonstrated during the liberation struggle as a vice-president of the anti-apartheid movement‚ the Natal Indian Congress and as a member of the governing party‚ the African National Congress and the South African Communist Party. “President Zuma‚ on behalf of government and all South Africans‚ has conveyed his heartfelt condolences to the Moonsamy family and relatives‚” the Presidency said in a statement.