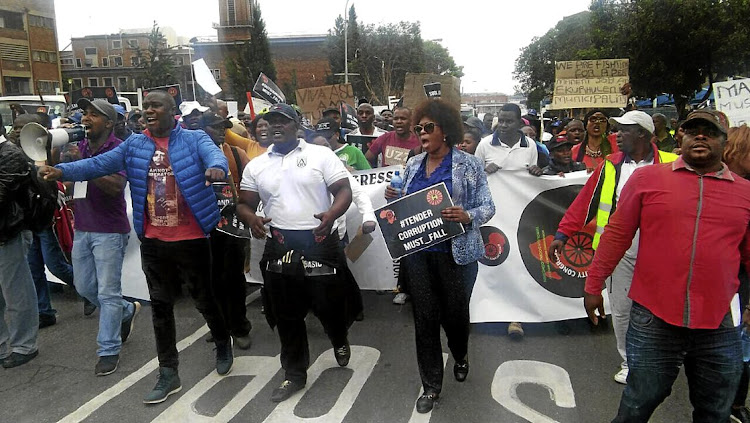 Khoza announced the ambitious move at the party’s maiden media briefing held on Saturday at Lilies Leaf Farm in Johannesburg. The party held its founding conference on December 1 after several political organisations and civil society movements merged and “approached” Khoza to lead them.

“About 9-million registered voters in the last elections decided not to vote at all. The ANC lost Tshwane‚ Johannesburg‚ Ekurhuleni [sic] and Nelson Mandela Bay‚ but did that translate to an increase of vote to DA or EFF? What that says to me is that as South Africans we need to be careful about encouraging voter apathy. To me this says there are people that are disillusioned‚ they are not finding an alternative out of all these parties that are in existence‚” Khoza said.

She said that this constituency needed an option to vote for because they withheld their votes and they were not willing to vote for either the Democratic Alliance or the Economic Freedom Fighters.

Mabuza: I’ll give up my deputy presidency nomination for unity in ANC

ANC Mpumalanga chairperson David Mabuza said he is willing to give up his nomination as deputy president of the ANC if it means it will unite the ...
Politics
4 years ago

“A very good example is the recent elections at Wits‚ where the EFF won 12 out of 15 seats. But what was the voter turnout? - only 8%. Can we be happy as South Africa that we would have 8% voter turnout and we declare that a majority party that governs the affairs of students?” she questioned.

ADeC is the fourth ANC breakaway political party formed by a prominent ANC leader since the ANC took over power in 1994 after the formation of the United Democratic Movement (UDM) led by Bantu Homolisa‚ Congress of the People (Cope) led by Mosiuoa Lekota and EFF led by former ANC Youth League leader Julius Malema.

Khoza also announced that the party will be holding its first policy conference early next year but will only hold an elective conference after the 2019 elections.

“We need to first establish ourselves‚ establish our branches‚ our following and so forth. Because if you do [not do] that you are opening yourself to risk of people who will be coming to this party for positions‚” Khoza said.

Former EFF national coordinator Mpho Ramakatsa was among ADeC leaders that addressed the media conference. Asked whether he will not jump ship if he is not elected as a leader‚ like he did with the EFF‚ Ramakatsa said ADeC was different to the EFF.

“I’m part of this family and political home. How we do things in ADeC and our love for our people and country is different from where one has been before. That clearly tells you that I’m here to stay‚” he said.