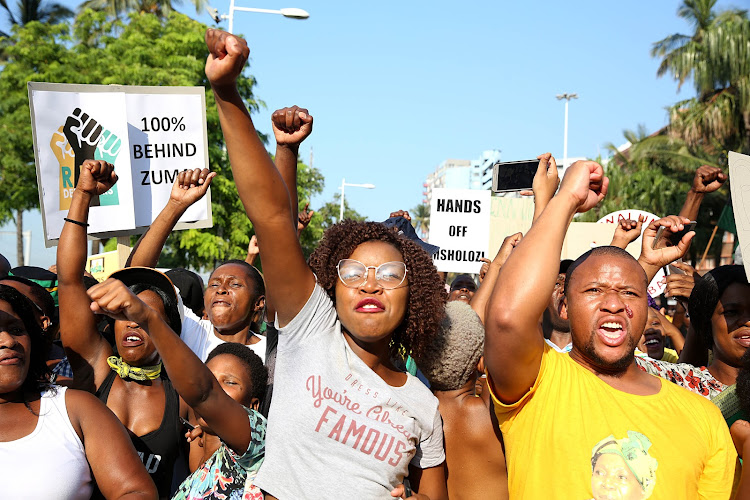 Jacob Zuma’s loyalists in KwaZulu-Natal are said to be hatching an elaborate plot which involves a campaign to oust President Cyril Ramaphosa as party leader.

They are also considering splitting their votes in the coming elections — voting for the ANC in the province but giving  their national ballots to a political party sympathetic to their cause should their plan to remove Ramaphosa fail.

Insiders say the Zuma backers were pondering working with Andile Mngxitama’s Black First Land First ahead of the general election as part of a plan to punish Ramaphosa for Zuma’s removal from office.

Some leaders of the church held a meeting in Umgababa, on the KwaZulu-Natal South Coast, where a letter written to the ANC informing the governing party of a  decision to form a new political organisation was read out. The church complained about being sidelined by the ANC by not receiving government finance and not being consulted on crucial decisions.

Speculation is rife in the province that the Zuma grouping was even considering mobilising its members and supporters not to vote for the ANC on the national ballot next year to spite Ramaphosa.

But Zikalala denied the existence of such a plan.

“These are totally, totally lies. There is not even a single person I have heard talking about that. I have never met anyone in the province, who have spoken about that issue formally or informally (sic),” said Zikalala.​

- Read the full story in the Sunday Times