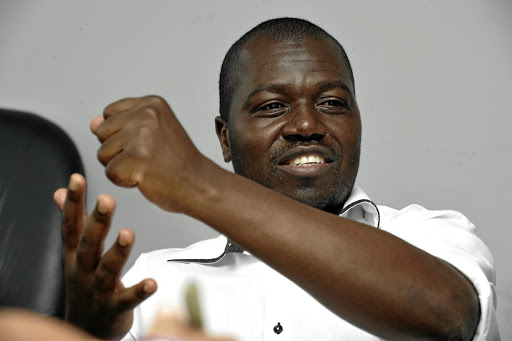 Parliament’s standing committee on public accounts (Scopa) has rejected the legal opinion obtained by the Public Investment Corporation (PIC), advising it to refuse to divulge extensive information about its investments.

The PIC, which has more than R2-trillion in assets under management, invests on behalf of the Government Employees Pension Fund (GEPF), the Unemployment Insurance Fund and the Compensation Fund, among others. It has also faced criticism about alleged improprieties regarding investments and the conduct of its office bearers and employees.

On Wednesday, Scopa instructed the PIC to hand over the information, including details of its listed and unlisted investments by next Wednesday.

A hearing by the committee on the information is expected to be held on December 6 and 7.

The standards bureau was placed under administration a few months ago after trade and industry minister Rob Davies removed the board and executive ...
Business Times
3 years ago

Committee chair Themba Godi rejected the legal opinion, which supported the PIC’s view that it could not hand over the information on the grounds of client confidentiality, saying it was “weak and absolutely wrong”.

He said it was not true that the commission of inquiry into the PIC, established by President Cyril Ramaphosa, trumped the work of a parliamentary committee as suggested by the legal opinion.

The executive sphere was completely separate from the parliamentary sphere.

“There is no way that what we want to do can be stopped by a commission of inquiry,” Godi said.

The rules of parliament allowed the committee to call for any documentation it required.

Godi said issues of confidentiality could be discussed on a case-by-case basis with him once the documentation had been handed over.

The committee is concerned with dealing with the governance issues at the PIC insofar as these have a bearing on prudent financial management. These governance issues have been highlighted in a series of media reports over the past few months.

It also requested a list of transactions concluded with parties classified as prominent influential persons; and details of individuals or companies that have been funded by the PIC or participated in PIC transactions more than once in the past three years, including the amount of the transactions.

PIC management took the preliminary view that some of the information, if disclosed, could lead to the PIC facing litigation from third parties as its clients’ information was confidential.

The legal opinion by Norton Rose Fulbright director Patrick Bracher was submitted to the Scopa meeting on Wednesday.

It noted that the commission of inquiry into the PIC would duplicate the matters that Scopa proposed to deal with.

“In our opinion the authority of the commission and its obligation to do its work efficiently is more important than and trumps the inquiry by Scopa,” the legal opinion stated.

It recommended that the PIC co-operate with Scopa on a confidential basis, but only after the commission had completed its work.

“It is not fair administrative justice for you to be required to appear before two separate bodies calling for the same documents, dealing with the same issues, requiring the same evidence and effectively subjecting the persons appearing to double jeopardy in the sense that they can be sanctioned or prejudiced by reason of having to give the same evidence on the same documents to different bodies on different occasions.”

“You must claim confidentiality in regard to any investment information which would give PIC and its clients a disadvantage in the investing world and an advantage to those who obtain the information regarding the investments and strategy of PIC.

“If the Scopa allows you to give information in confidence there is no basis for refusing their request for information insofar as the Fais [Financial Advisory and Intermediary Services] Act is concerned.”

DA finance spokesperson David Maynier said he was “delighted” that Godi had stood firm and taken on the PIC, and that the information on the its listed and unlisted investments, which he had been trying for months to get disclosed, would at last be forthcoming.

“The deputy minister of finance, Mondli Gungubele, and his team seem to have tried to use a bizarre last-minute legal opinion from a third-rate lawyer masquerading as senior counsel to try and avoid scrutiny by the standing committee on public accounts,” Maynier said.