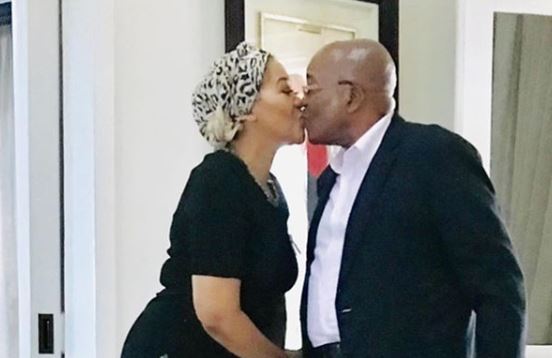 The governing party's spokesman, Dakota Lekgoete, said in a statement that many ANC members had learnt a lot from Zuma.

Said Lekgoete: "It is a great privilege to see you reaching such a life milestone. We understand that you grew up in our country during a very difficult time but you and many cadres in your generation fought hard to free us from the yoke of apartheid.

"Although you have retired, we acknowledge the role you continue to play in the movement. On behalf of the membership of the ANC, we extend our best wishes to you on this special day."

Birthday wishes for Zuma were pouring in on Friday from individual leaders and structures in the ANC such as the party's beleaguered secretary-general (SG), Ace Magashule, and the ANC in KwaZulu Natal.

Responding to a tweet by Magashule, Zuma, a well known ally of the troubled SG, said "stay resolute during these times".

Zuma shares a birthday with his political nemesis, minister of public enterprises Pravin Gordhan whom he fired as finance minister in 2017.

WATCH | Ramaphosa and Zuma share a laugh over 'benefits' of retirement

President Cyril Ramaphosa and former president Jacob Zuma shared a light moment when they exchanged words about the benefits of being on pension.
Politics
2 years ago

The lead prosecutor in Jacob Zuma’s corruption case is suing the former president for saying the lawyer was driven by his own hatred of Zuma and ...
News
2 years ago

Former president Jacob Zuma has broken his silence about weekend reports alleging that he secretly moved millions of US dollars belonging to late ...
Politics
2 years ago