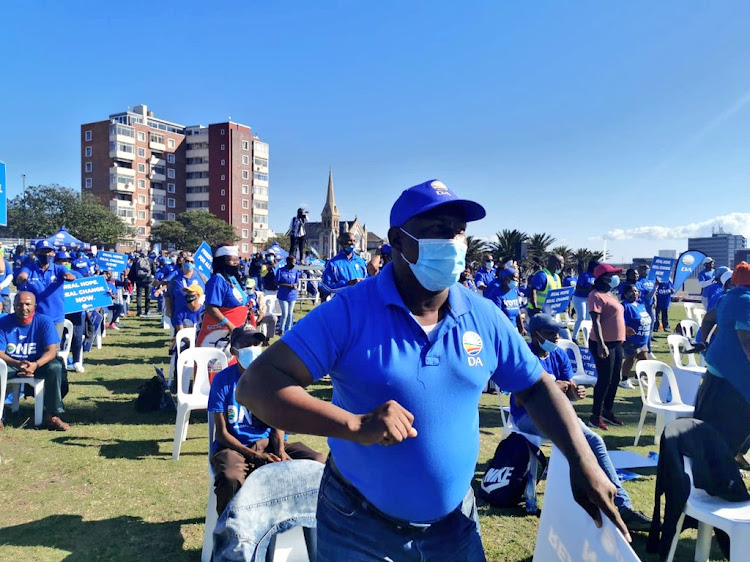 Thursday’s step-aside deadline for ANC secretary-general Ace Magashule is as significant for South Africans as it is for the ruling party, says the DA’s John Steenhuisen.

“It’s a test of the commitment of this government to the freedom of the people they swore to serve,” he said.

Last month, the ANC national executive committee (NEC) issued an ultimatum that its leaders who are facing criminal charges, which would include Magashule, had 30 days to resign or face being suspended.

Magashule is facing corruption charges related to the much-publicised asbestos case that happened during his tenure as Free State premier. He is out on R200,000 bail.

In his Freedom Day address in Nelson Mandela Bay, Steenhuisen said: “The symbolic freedom of 1994 has not yet translated, for most people, into real economic freedom. The freedom to access opportunities, the freedom to earn a decent wage, the freedom to pursue big dreams and ambitious goals, the freedom to raise your children in a better world than the one you perhaps grew up in.

“If we are to have any chance of victory in this struggle, we will all need to agree on what we’re fighting for. We need to agree what this freedom entails.”

Every ANC cadre who has stolen from the people, cheated the tender system and advanced the interests of their friends and family, have stolen the freedom of ordinary South Africans

Every “ANC cadre who has stolen from the people, cheated the tender system and advanced the interests of their friends and family, have stolen the freedom of ordinary South Africans”, he said.

“Corruption is not a victimless crime. Its victims are each and every man, woman and child whose dreams of a better life have been deferred.”

“We don’t steal. We don’t empower our friends and family. We don’t protect the corrupt. We simply do the basics of good governance, and we do it well. This means wherever the DA governs, people have a better chance of building a life of value for themselves and their families.”

"Exercising our right to vote is by far the most powerful form of protest. If those who claim to serve you are not doing so, vote them out, because ...
Politics
1 week ago

The EFF held its Freedom Day rally in the Saulsville Arena in Atteridgeville, Tshwane, where the party's leader put the spotlight on the failures of ...
Politics
1 week ago
Next Article