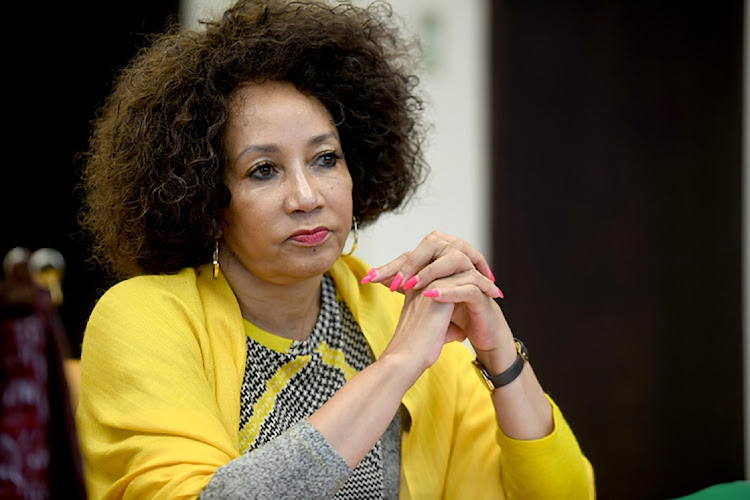 ANC subcommittee chairperson Lindiwe Sisulu says since the party came to power in 1994 it has done little to achieve social transformation.

Sisulu unpacked the ANC's policy discussion document on the subject on Tuesday.

The party will hold its three-day national policy conference from Friday to Sunday, with social transformation, poverty, inequality and unemployment high on its agenda.

She said since 1994 SA had not won the battle against social ills such as racism, gender-based violence and femicide.

“At the centre of building a new society is the need to address socioeconomic inequalities which breed social ills such as high levels of violence, gender-based violence and femicide, including misuse of alcohol and drugs.

“This includes protecting vulnerable people and communities who are subjected to discrimination based on their gender, race and class. If you measure how far we have gone since we got our democracy and changed our society, you will find very little has changed,” she said.

According to Sisulu, only a small number of people have been able to improve their lives since.

“The rest of us depend on government making lives better and we are not able to cope with a backlog that we have inherited, and it grows as people come from rural areas seeking better opportunities in the urban areas,” said Sisulu.

Mbeki has no moral authority to call out Ramaphosa, says Malema

EFF leader Julius Malema says Thabo Mbeki had no moral authority to call out Ramaphosa’s leadership failures because he had endorsed him in the past.
Politics
2 weeks ago

At a memorial service for late ANC stalwart Jessie Duarte, he said Ramaphosa has not fulfilled the promises he made during his state of the nation address (Sona) in February.

“Comrade Cyril Ramaphosa, when he delivered the Sona in February, said “in 100 days there must be an agreed comprehensive social compact to address these matters’. Nothing has happened, nothing,” Mbeki said.

His remarks caused a political storm and were slammed by EFF leader Julius Malema.

Speaking at the fourth national assembly of the EFF's students’ command, Malema said Mbeki had no moral authority to call out Ramaphosa’s leadership failures because he had endorsed him in the past.

“Thabo Mbeki wants to speak like a moral authority after he said we must allow Cyril to explain theft. The office (presidency) must be protected with everything,” said Malema.

He said Mbeki was not an alternative to save the country from the “dogs”, nor was former president Jacob Zuma.

“The ANC must die a painful death. The ANC must feel the pain our people have felt for more than 20 years under its uncaring leadership. When a president is caught with cash under a mattress and in sofas, must we debate that with people who claimed to have a high moral standard during Zuma’s term?”

President Cyril Ramaphosa has used his weekly newsletter to take the nation into confidence regarding progress made towards developing a ...
Politics
3 weeks ago

The timing of former president Thabo Mbeki’s public criticism of President Cyril Ramaphosa’s performance could not have been worse for the incumbent, ...
Opinion & Analysis
3 weeks ago