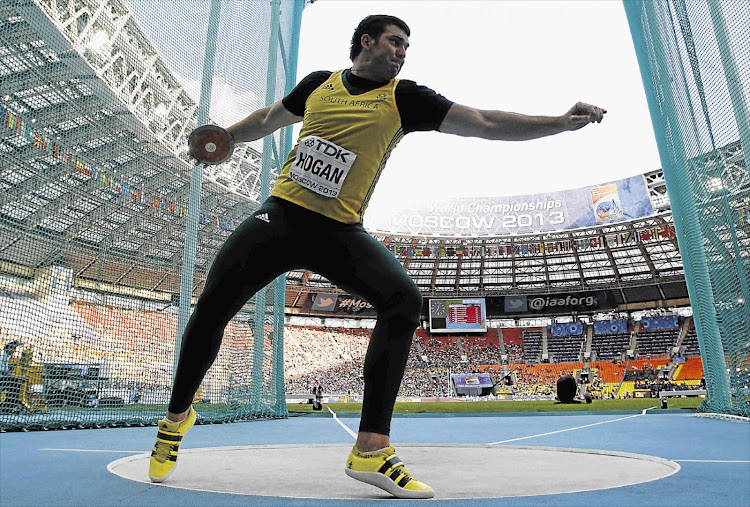 Athletics SA (ASA) suffered a self-inflicted black eye on Monday as it was forced to cut one athlete from its world championship squad after entering discus thrower Victor Hogan erroneously.

The federation‚ remaining defiant amid calls by athletes to increase the size of the team it’s sending to London for the August 4-13 showpiece‚ had to backtrack over Hogan’s selection.

In a press release on Monday evening‚ ASA said it had “entered his name as the [African] champion based on his win of the continental title” in Durban last year.

Sprint stars Wayde van Niekerk and Akani Simbine have come out strongly against Athletics SA's selection criteria for the team for the world ...
Sport
5 years ago

But the sport’s world governing body‚ the IAAF‚ had rejected Hogan’s entry because of his doping suspension last year.

ASA said he failed a test at the national championships in April‚ nullifying all results thereafter‚ including the African championships some two months later.

ASA president Aleck Skhosana had suggested on Sunday that Hogan was included because he had thrown a qualifying standard‚ but the IAAF and other respected athletics websites had no record of this feat.

No fewer than 38 SA athletes qualified for the August 4-13 world championships in London by achieving the standards set by the IAAF.

But ASA imposed even tougher criteria‚ which only 18 achieved. Using their discretion‚ the ASA selectors picked five IAAF qualifiers.

ASA released the controversial team on Friday‚ telling athletes they should lodge appeals by the end of Sunday.

Several athletes did‚ but ASA has clearly refused to budge.

Skhosana said the final team was submitted to the IAAF before the deadline of noon on Monday.

It would seem the only chance for SA’s excluded athletes now is to hope they get invited by the IAAF to fill quotas.

The IAAF has a stipulated number of athletes it wants to compete in each discipline — they range from 32 in field events to 56 in the sprints — and if too few athletes qualify‚ the international body then invites other athletes to make up the numbers.

Caster Semenya and Wayde van Niekerk glittered on the Côte D'Azur on Friday night, but even their efforts couldn't camouflage the controversy around ...
Sport
5 years ago

Nations can enter a maximum of three per discipline‚ so in sprint races athletes can move up the world rankings once superfluous Jamaicans and Americans are deducted.

It’s the same in distance events‚ once the extra Kenyans and Ethiopians are removed.

That means the omitted athletes‚ who were forced to wait to hear that they had not earned ASA’s clemency‚ will have to wait a little longer.

Skhosana has consistently insisted that ASA’s tough qualifying standards are aimed at lifting the standard of local athletes.

He denied rumours that the real reason was financial‚ with ASA unwilling or unable to fund a large team to the world championships.

But the IAAF has stated that the local organising committee (LOC) of the championships will fund all athletes‚ meaning national federations don’t have to pay a cent to this cost.

In its official invitation sent to all countries in October 2016 asking them to participate at London 2017‚ the IAAF said: “The LOC will offer financial support to all athletes competing in the IAAF world championships who will benefit from economy class travel and full board accommodation in twin rooms for a maximum of 13 nights during the period of the championships.

“There is no financial support for any team officials.”