Oosthuizen one shot off leader Garcia at Nedbank Challenge 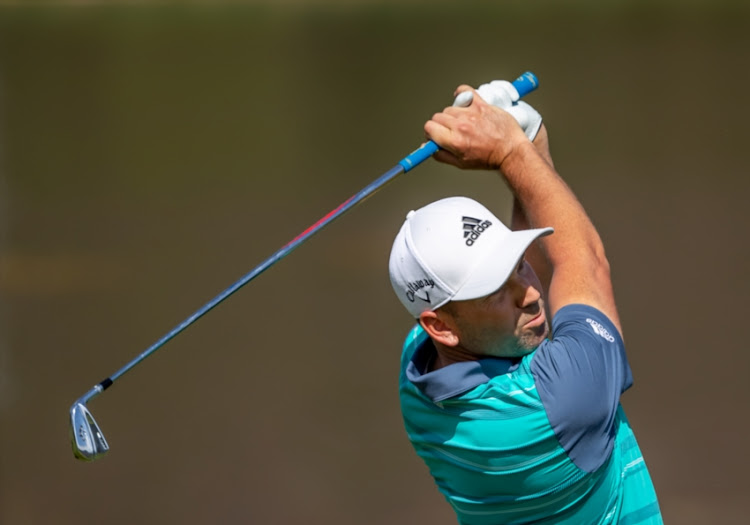 Sergio Garcia espoused the virtues of patience after his four-shot lead was trimmed to just one at the halfway mark of the Nedbank Golf Challenge (NGC) on Friday.

The Spaniard shrugged his shoulders with an air of resignation when asked about the frustrations he encountered on the back nine that saw him drop shots on the 13th‚ 16th and the 18th holes.

Garcia‚ who is on nine-under par‚ believes the demanding Gary Player Country Club exacts a high toll but that it rewards those who bide their time.

“I wouldn’t say it was a frustrating back nine‚” said a pragmatic Garcia. “The course is playing tough. The greens are getting firmer‚ the pins were tight and not easy to get close to. You have to be patient on this golf course.

“When you leave yourself 20‚ 25-footers it is going to happen [drop shots]. I’m leading and in a great spot. I would have taken it if you offered it to me on Thursday morning.”

Just as Garcia started slipping from a commanding position‚ South Africa’s Louis Oosthuizen started making significant gains. Oostuizen who carded a five-under 67 to be on eight-under‚ a shot off Garcia‚ would have been in the lead had it not been for the only blemish on his card – a double bogey six on the eighth.

He admits to having a nagging feeling when he reaches the eighth tee.

“Over the years it has always been a tough tee shot on my eye‚” Oosthuizen said.

“I only see hitting a three-iron out there and it was a little into the breeze and I knew I had to hit a good three-iron and probably leave myself with a five-iron in.

“If it were a bogey it would have been fine‚” he said about missing a putt that would have limited the damage.

His game however seems to be clicking into place and he must now have a genuine chance of winning this title for the first time. Although he is putting well he needs a lucky break or two.

“I’m rolling the ball well but some of those putts aren’t going in. I need them to go in if I want to win the tournament‚” he said.

Finland’s Mikko Korhonen is two shots back from Oosthuizen while South Africa’s Dylan Frittelli is in a group of players on four-under.

Frittelli carded a five-under on Friday‚ and is in a group that includes England’s Lee Westwood and Aaron Rai‚ as well as Ireland’s Shane Lowry.

Li was in the throes of composing a scorching round when the wheels came off in the last four holes‚ which saw him drop four shots.

England’s Ross Fisher blazed his way eight-under for the round but came unstuck on the par-four 15th where he carded a nine.

South Africa’s Charl Schwartzel suffered similar misfortune on that hole and has slipped back to two-over.