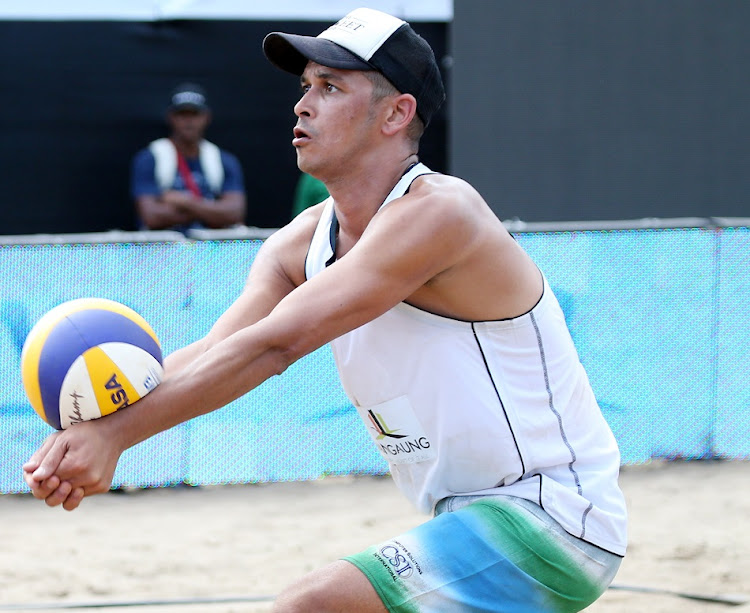 Jerome Fredericks will be in the South Africa team competing in the qualifier in Morocco to reach the Tokyo Olympics. File photo
Image: Steve Haag/Getty Images for FIVB

The SA men’s beach volleyball team embark on the final leg of their quest to qualify for the Tokyo Olympics when they begin competing in Morocco on Sunday.

Veteran Leo Williams will spearhead the four-man outfit at the continental cup.

His teammates are Jerome Fredericks, Mthokozisi Mdingi and Clinton Stemmet.

“While we are mindful that there were many obstacles that had to be navigated by us as a National Federation and yourselves as Team SA we are however confident that your inexhaustible will to win, will see you reach the podium as the champions of Africa,” said Volleyball SA president Anthony Mokoena.

SA, who will have to win in Morocco to book a spot for a two-man team, last had an Olympic beach volleyball entry at London 2012.

Japanese medical experts said on Friday that banning spectators at the Olympics was the least risky option for holding the Games, even as they ...
Sport
1 year ago

Nadal pulls out of Wimbledon and Olympics to prolong career

Nicholas Dlamini will become the first black South African to ride the Tour de France when the three-week epic kicks off next Saturday.
Sport
1 year ago