Japan's Osaka bundled out of Tokyo 2020 third round 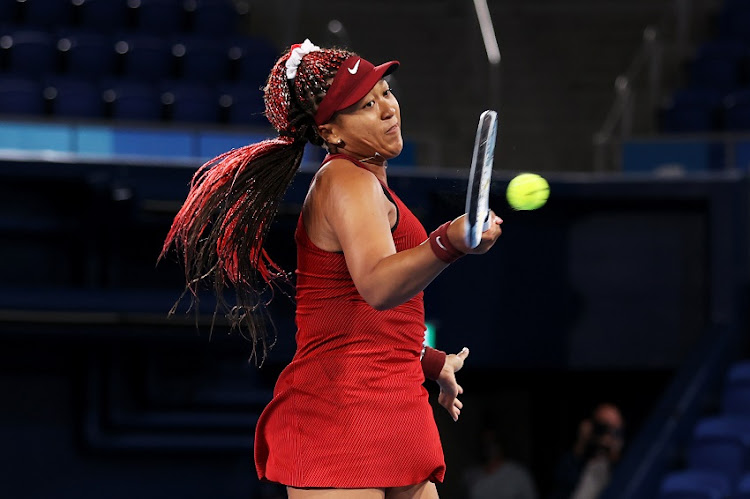 Naomi Osaka of Team Japan plays a forehand during her Women's Singles Third Round match against Marketa Vondrousova of Team Czech Republic on day four of the Tokyo 2020 Olympic Games at Ariake Tennis Park on July 27, 2021 in Tokyo, Japan.
Image: David Ramos/Getty Images

Japan's great hope for tennis gold Naomi Osaka was beaten on Tuesday in the third round of the Tokyo 2020 Olympics tournament, saying she had not known how to cope with the pressure of the occasion.

The world number two was swiped aside 6-1 6-4 by Czech Marketa Vondrousova in a shock result which dealt a blow to Japan's goldrush hopes.

Tokyo 2020 had marked Osaka's first tournament since pulling out of Roland Garros in May, when she said she had been suffering from depression for almost three years.

Osaka had said then she would boycott news conferences to raise awareness of players' mental well-being, but spoke to reporters after this defeat.

"I definitely feel like there was a lot of pressure, this time around," she said. "I think it's maybe because I haven't played in an Olympics before and for the first one to be here was a bit much.

"But I think I'm glad with how I played... with taking that break that I had. I've taken long breaks before and I've managed to do well.

"And I'm not saying that I did that right now, but I do know that my expectations were a lot higher than how my result was. So... I think my attitude wasn't that great, but I didn't really know how to cope with that pressure... so that's the best that I could have done in this situation.

"For me, I'm really glad to be here. I'm sad that I lost, of course, but all in all really happy with my first Olympic experience."

The tennis event has now lost both of its women top draw cards after world number one and Wimbledon champion Ash Barty was beaten in Sunday's first round.

Osaka, who lit the Olympic cauldron on Friday to open the Games, seemed out of sorts on the Tokyo blue courts and never settled into a rhythm as Vondrousova forged ahead.

The Japanese player sprayed a costly 18 unforced errors throughout the match - three times the number made by Vondrousova.

In the quarter-finals the Czech will next face either Spain's Paula Badosa or Nadia Podoroska of Argentina, who play later on Tuesday.

Watch the latest videos from the Olympics here: