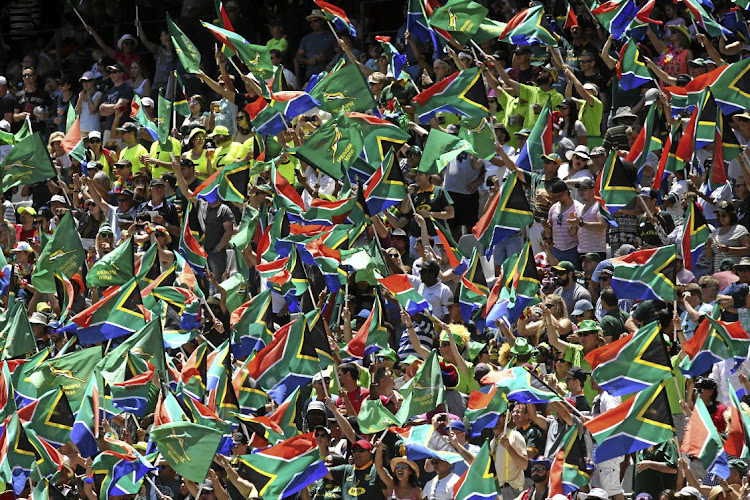 The Blitzboks continued to flex their muscles as the top team on the HSBC World Sevens Series by qualifying for the quarterfinals of the Las Vegas leg on Saturday despite missing a swathe of regular players.

Neil Powell’s team had to scrap their way through two tough encounters against Wales and Canada to secure a last eight berth with one Pool B match‚ against England‚ to play.

They are without the likes of Seabelo Senatla‚ Justin Geduld‚ Kwagga Smith‚ Tim Agaba and Rosko Specman in North America and also lost Werner Kok to a jaw injury in their opening game against Wales.

SA beat Wales 26-21 and followed that with a 19-12 win over Canada to ensure they can finish no worse than second in the Pool.

Powell said afterwards that he was pleased with the results‚ although the wins did not come easily. “They are two very good teams‚ make no mistake. I was happy with the way we came back from being 14-0 down against Wales‚ the guys showed good composure.” Powell said.

“That is the type of mental toughness we want from the players.”

Against Wales‚ the Blitzboks conceded two early tries to trail 14-0‚ but struck back with three unanswered tries in quick succession to end the first half with a 21-14 lead.

The Welsh scored soon after the second half restart to draw level and a late try by Siviwe Soyizwapi‚ his second of the match‚ sealed the deal.

Kok received a blow to the jaw against Wales and could not continue. Ruhan Nel‚ the official replacement player in the squad‚ replaced him.

“It is always bad if you lose a quality player like Werner‚ but luckily Ruhan could step in‚” Powell said. “We actually named Ruhan as replacement because he is still recovering from that knee injury‚ but he came through the match nicely.”

The Blitzboks ran in three tries to beat the Canadians 19-12‚ having led 14-5 at the break. Dylan Sage scored late to confirm the win.

“We are one game away from our first objective and that is to top the pool. We will focus on that and then see what the quarters hold for us‚” said Powell.