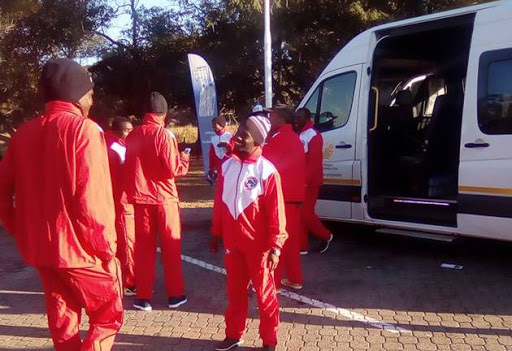 Dolphins coach Abel Makhubela was left a satisfied man after the Limpopo champions played beautiful football but failed to gain promotion to the National First Division.

The Dolphins earned themselves fans with their beautiful brand of football in the ABC Motsepe playoffs being played in Buffalo City Metro but struggled to convert the chances they created.

After suffering a 3-0 loss to Acornbush United on Wednesday‚ Makhubela said he was happy with how his players played.

"For me it's not win at all costs. For me it's also about exposing talent. I guess I'm happy with the performance of my team.

"Even [on Tuesday] we performed well‚ there are areas of concern obviously - they are young. But we are happy for the future.

"The future looks bright individually and as a club as well. I think next time we'll do well‚" he said.

The coach said his charges had applied themselves well during the playoffs‚ something he was proud of.

"If the club doesn't progress certain players really who impressed‚ we need to give them a chance to go ahead with their careers.

"So I'm happy with how the players performed irrespective of the outcome‚" Makhubela said.