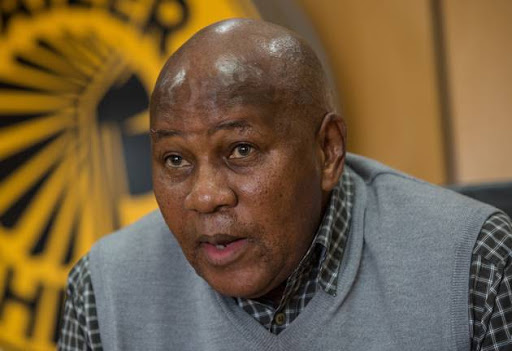 Chiefs' disappointing 2016-2017 Premier Soccer League campaign made it two successive seasons without a trophy for South Africa's cup kings. At the heart of that disappointment has been the club's disastrous signing policy.

Club chairman Kaizer Motaung even admitted that Chiefs erred in some of the signings they made.

It was not surprising then when two of the seven players released yesterday were signed at the start of the season.

Macha's contract was "terminated by mutual consent" along with that of Siyanda Xulu, Lucky Baloyi and Camaldine Abraw. Katsvairo will be sent out on loan before he is assessed "again at the end of next season before a permanent decision on his future... is made".

Enocent Mkhabela, who was out on loan at Platinum Stars, has been given an opportunity to make his stay permanent with Dikwena.

"These players have contracts with the club but they did not enjoy sufficient game time during last season and we felt it would be in their best interests as well as ours for them to pursue their careers elsewhere," Amakhosi manager Bobby Motaung said.

"We have decided to revamp the squad early so when we commence pre-season training we prepare ourselves adequately for the tough season ahead.

"We owe it to our supporters to ensure that the events of the past two seasons are not repeated in the 2017-2018 campaign."

This is the second successive season that Chiefs have made a major squad overhaul. Last season the team released 20 players.

But centreback Xulu and strikers Edward Manqele and Mthembu ended up returning to the club as there was no club interested in them.