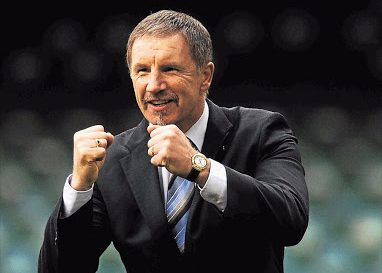 The Briton has spent the last few days pulling his hair in frustration after several clubs withdrew their players from national duty.

As if that wasn't enough‚ Bafana‚ who will be playing in East London for the second time this year‚ are yet to win in the city.

“It has been the most difficult camp I have ever had‚" Baxter said.

"We had pullouts and cancellations and we had people coming to camp and leaving and I understand the clubs.

“I am not criticising them but this tournament at this time‚ it is a very difficult one for us.”

The CHAN tournament is considered as the poorer stepsister of the more lavish African Nations Cup and unlike its more glamorous rival‚ clubs are not obliged to release players to national teams.

Bafana had their first training session at Buffalo City stadium on Thursday and had a feel of the match venue.

“The boys have worked their socks off and will give off whatever they can.

"But this is the most difficult tournament I have ever experienced.

“We are trying to find a way of making Cosafa and CHAN a meaningful experience for our players but it has been very difficult.

"Players are coming in and out and it makes it difficult for me if I do not know who the players are.’’

Baxter remains hopeful that hastily assembled squad will rise above the challenge and deliver on Saturday against Chipolopolo.

“We have done what we can with the constraints that we have and we are going to the game with a positive attitude.

“Given the fact that Zambia have probably their best team here‚ we have to get our players on the same page.

“The fact that Banana have never won in East London weighs heavily on me but by the kick off time we will be ready.”

Bafana drew 0-0 with Angola in a friendly international at the same venue in March under caretaker coach Owen da Gama.

In the only other time Bafana have played in East London‚ they suffered a 1-0 defeat to Zimbabwe in a Cosafa Cup match in 2003.

Kick off is at 3pm on Saturday.