Maritzburg United will hit 'reset' in the coming Fifa international 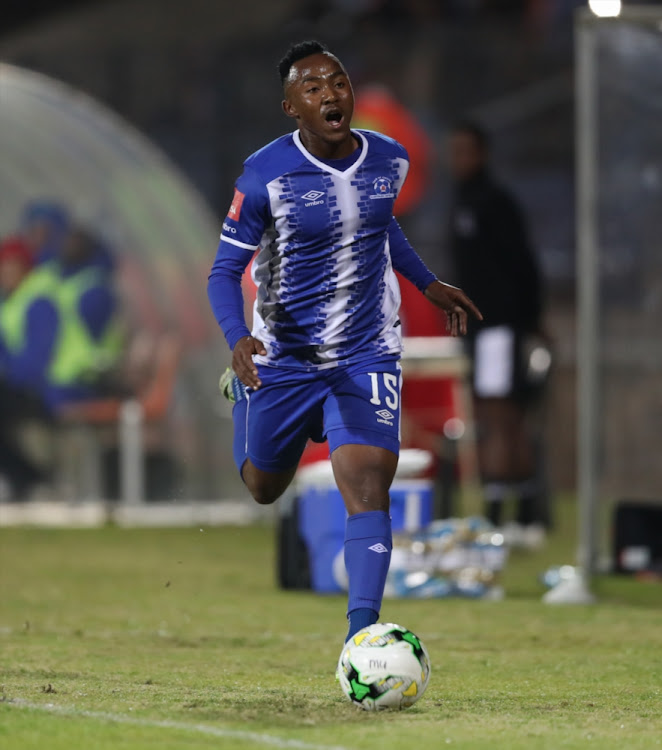 Maritzburg United will hit "reset" in the coming Fifa international break‚ and come back concentrating solely on beating SuperSport United in the second leg of their MTN8 semifinal at Harry Gwala Stadium on September 9‚ said coach Fadlu Davids.

In a dream start to their 2017-18 season‚ United won three games in succession before‚ on Saturday night‚ earning an 85th-minute equaliser in the semifinal first leg.

Lebohang Maboe's late away goal that earned a 1-1 draw‚ after Thuso Phala's 54th-minute opener for SuperSport‚ handed the KwaZulu-Natal team the advantage in the tie‚ and leaves them on the verge of their historic first cup final.

That situation‚ Davids said‚ will require the young‚ energetic and exciting Team of Choice to keep their heads in the second leg at their 'slaughterhouse'‚ where they enjoy some of the most fiery support in the PSL.

"You can't get over-excited. And you saw it in the last game at Harry Gwala against Ajax where‚ you know‚the youngsters start getting carried away. They start getting excited.

"You know‚ doing things that they're not supposed to. And that's what it is - not getting too excited‚ not getting overawed by the situation that we're in.

"But take it as a normal game and we have to try and win it.

"For the young players it's about taking it game by game - not getting over-excited by the results so far.

"Because we've achieved nothing. That's what we've got to realise. There's got a long season to go.

"Yes‚ it's a good start. But that's all it is. We haven't achieved anything - we've still got the second leg now. It's game by game.

"That's what I keep in my players' minds - that's what they have to focus on."

The Fifa break‚ during which Bafana Bafana meet Cape Verde in crucial away and home 2018 World Cup qualifiers‚ gives Maritzburg the chance to take start.

It's been a heady start under Davids in his first full-time head coaching tenure‚ United's high tempo‚ fitness-orientated gameplan with a young team seeing them beat Mamelodi Sundowns 1-0 away in the MTN8 quarterfinals‚ then Platinum Stars away and Ajax Cape Town at home‚ both 2-0‚ in the league.

"We had these‚ within seven days‚ three games. And it's now time to press the 'reset' button‚" Davids said.

"Refresh‚ have a few days to get the freshness back‚ to get the hunger back‚ and then solely preparing for the second leg."