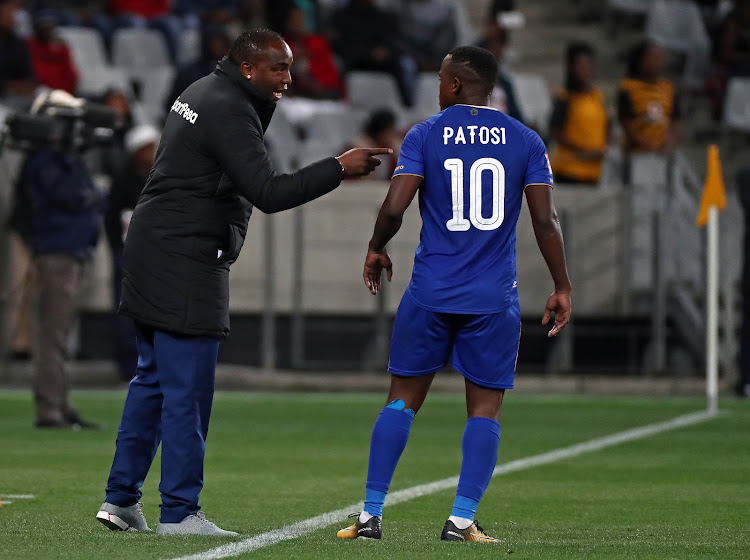 Cape Town City owner John Comitis says it is time for Ayanda Patosi to “man-up” and take responsibility for his career after he was again left out of the squad that drew 0-0 with SuperSport United in the Absa Premiership on Saturday.

The talented playmaker missed training ahead of the 1-1 draw with Maritzburg United on April 7‚ the latest in a number of incidents that have derailed a hugely promising career.

“He missed a day’s training before the last game and it was critical for us to have everybody focussed.

"We can’t allow one player to mess it up for everyone else‚” Comitis told TimesLIVE.

“His statistics on the pitch are great‚ you can see the return we have when he plays.

"There is no question about his ability‚ but it is more than ability that will get a player to be in a starting line-up and help us to win things.

“We have to be able to rely on players and be honest to everybody else who have put in a full shift."

SuperSport United remain in the relegation quagmire after playing to a 0-0 draw with Cape Town City at the Cape Town Stadium on Saturday, extending ...
Sport
4 years ago

Over to you Orlando Pirates.
Sport
4 years ago

Comitis admits the wayward Bafana Bafana star is not in the right physical shape and says it is up to Patosi to get himself back on track … or face the boot.

“He had a few issues relating to his condition and he needs to man-up now and take responsibility‚ failing which we cannot have a player that keeps letting us down‚” Comitis says.

“He needs to understand we are here to support him but he needs to support himself as well. Coach [Benni McCarthy] will only consider him if he’s in the mental state to be considered.

“You have to understand that we have a coach that it is his first outing [season] and he puts a lot of emphasise on having respect from everyone.

"You can only gain respect when you are operating in a way that doesn’t favour anyone and always keeps consistency in terms of certain principles.

“It is not up to us teach someone like Patosi‚ he knows exactly what is expected of him and he is a talent that should be playing for South Africa [regularly].