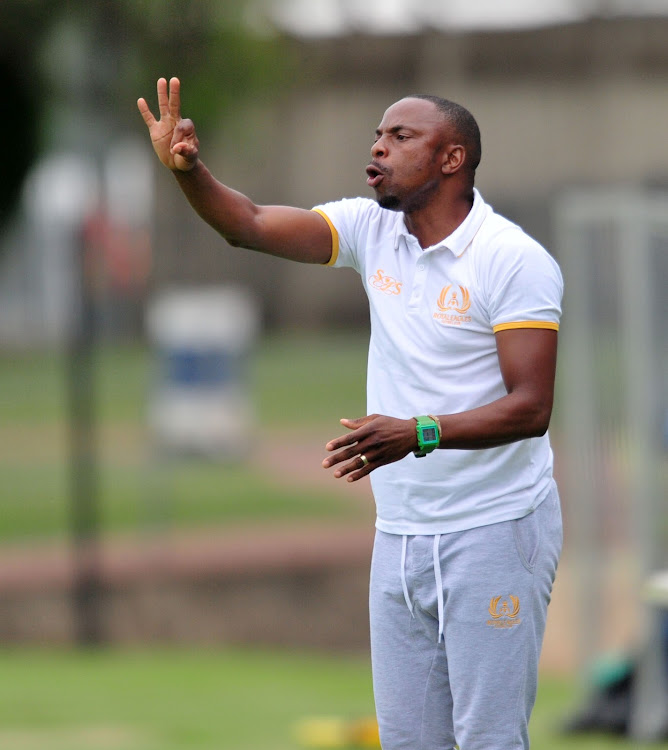 Bheka Phakathi should be remembered as one of most hardworking players of his generation‚ his former coach at Lamontville Golden Arrows Manqoba Mngqithi has said.

Phakathi was killed in a car accident in Greytown‚ KwaZulu-Natal‚ in the early hours of Sunday morning.

He was travelling with two friends who survived the accident.

Mngqithi‚ who is now assistant to Pitso Mosimane at Mamelodi Sundowns‚ coached Phakathi (43) at Arrows between 2007 and 2009.

Phakathi was to celebrate his 44th birthday on Monday‚ May 7.

“He wasn’t the most talented of players that I coached at Arrows but you couldn’t take away his zeal‚ hard work and dedication to the game‚” said Mngqithi.

The Sundowns assistant mentor met Phakathi for the first time when he served as deputy to head coach Khabo Zondo at Arrows.

At the time of his passing Phakathi was coaching Umvoti FC‚ a Greytown-based ABC Motsepe League team.

He had guided the team to representing KwaZulu-Natal in the up-coming national play-offs for the national First Division promotion.

“I’m so saddened by Bheka’s passing because there was a lot still expected of him in his coaching career‚” said Mngqithi who encouraged Phakathi to enroll for coaching courses towards the end of his playing career at Arrows.

Mngqithi highlighted that in the last few years there were a lot of top coaches coming out of KZN but there’s been fewer younger mentors in recent years and Phakathi was one of the few that the province was pinning its hopes on for the future.

“For Phakathi’s legacy to live on‚ people must emulate him for his hardworking ethic in all that he did‚" he said.

“Even in his coaching career‚ I knew he was one of the most dedicated guys and I wasn’t surprised when he won the league with Umvoti FC in his first full season‚” said Mngqithi.

Phakathi was in the Arrows team that was promoted to the top flight of SA football in 1999/2000 but left to play for Orlando Pirates between 2002 and 2005 before returning to Arrows for four more seasons.

He finished his playing career in 2010 after one season with Maritzburg United.

When Arrows were relegated in 2013/2014‚ Phakathi worked as assistant coach to former Bafana Bafana striker Shaun Bartlett and they brought Abafana Besithende back to the PSL within a year in 2014/2015.

The arrangements for his burial have not yet been finalized but those close to the family have indicated he is likely to be buried on Sunday at the Heroes Acre in Lamontville‚ Durban.

Premier Soccer League champions Mamelodi Sundowns have strengthened their squad by signing Toni Silva‚ who last played for Levadiakos in the Greek ...
Sport
4 years ago

Ajax Cape Town and the Premier Soccer League (PSL) have a deadline of Friday to decide on an arbitrator for the Tendai Ndoro eligibility matter.
Sport
4 years ago