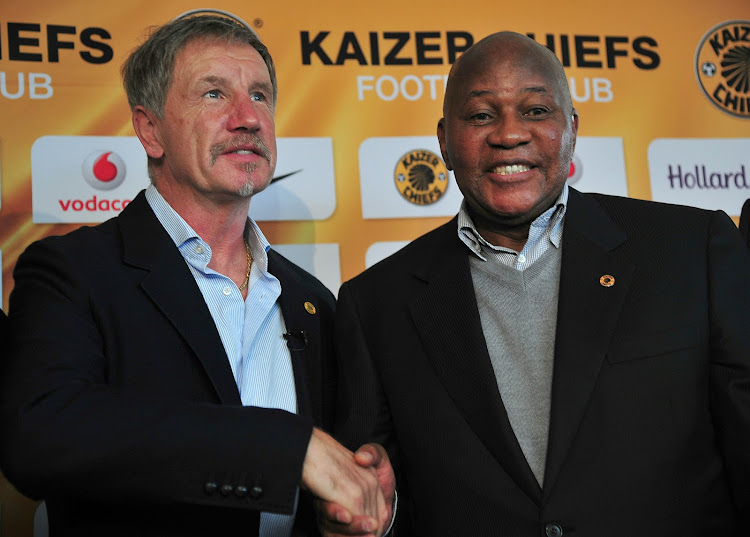 Kaizer Chiefs boss Kaizer Motaung has confirmed that the club held talks with Bafana Bafana coach Stuart Baxter with a view of luring the Briton back to Naturena before the start of the current premiership season.

There were furious denials of the discussions in June but Motaung revealed that they did in fact meet with the Briton‚ who won numerous trophies with the club and was the last mentor to lead the side to the winners’ podium three years ago.

The Chiefs boss revealed that a possible deal was hindered by the fact that the Baxter’s contract with the South African Football Association (Safa) runs until the end of the 2022 World Cup in Qatar.

“The talks must have taken place here and there but there wasn’t really anything we could come up to because he (Baxter) is still contracted to Safa‚” said Motaung.

Motaung conceded that the beleaguered Solinas was not the first choice to succeed Komphela.

Chiefs are yet to win in the Absa Premiership after five outings since the start of the season in August.

He joined an elite club of coaches — Gavin Hunt‚ Gordon Igesund‚ Ted Dumitru and Pitso Mosimane — who have won the PSL more than once when he led Chiefs to the 2014-15 premiership title.