Pirates superfan Goodenough clears the air on 'joining Chiefs': I will never leave 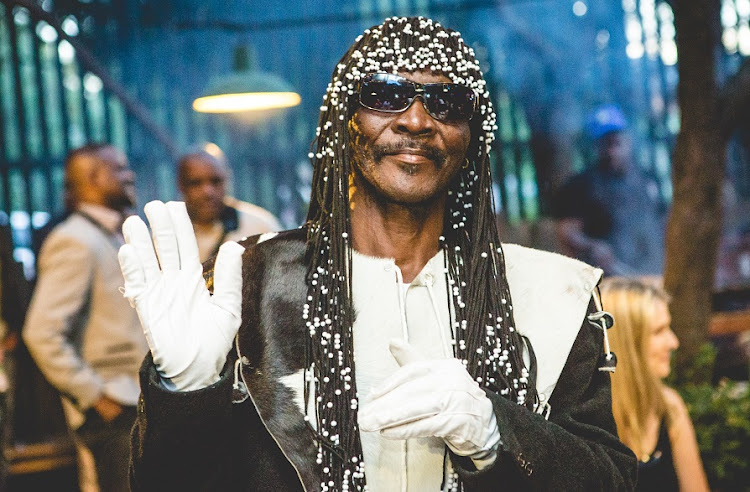 Staunch Orlando Pirates supporter Goodenough Sithole has denied ditching the club for its rival, Kaizer Chiefs, which won the Soweto Derby at FNB Stadium on Saturday.

Jokes about him turning his back on Bucs circulated on social media this week after a Photoshopped picture of him wearing an Amakhosi T-shirt was shared on Twitter.

The tweep brought the picture to the attention of sportscaster Robert Marawa and captioned it: “Goodenough has crossed the floor. He now likes it for the chiefs.”

After seeing the post, Marawa quickly shared it, asking if this was really true.

He invited Goodenough to his show to clear the air.

“This is all new to me. I don't know this,” said Goodenough.

“I'll never support Chiefs. Even its supporters were no longer wearing its jersey until they beat Pirates two times, otherwise they wore it as pyjamas and even used it as a floor mat.”

He said Pirates' win was no big deal as they didn't win the cup.

Asked if he knew the man in the Kaizer Chiefs jersey, he said someone “drew a spitting image of me”.

“We must call the artist who did that drawing.” he concluded.

Goodenough dropped by our #MSW Studios to distance himself from "photoshopped pics" linking him to his alleged support of @KaizerChiefs saying he remains firmly rooted and a staunch @orlandopirates supporter!! pic.twitter.com/GNbtg4gh58

Parker dived like he was getting into a swimming pool, says irate Pirates boss

Orlando Pirates coach Rulani Mokwena was clearly enraged with the penalty that gave bitter rivals Kaizer Chiefs a 3-2 victory over his side at the ...
Sport
1 year ago

Kaizer Chiefs vs Orlando Pirates: Now this is a derby and it had it all!

After an interminable number of ‘snore fests’ served up as derbies‚ there was almost too much to digest at FNB Stadium as Kaizer Chiefs beat Orlando ...
Sport
1 year ago

Kaizer Chiefs’ winning team against traditional rivals Orlando Pirates on Saturday did not have any outstanding individuals and the triumph was more ...
Sport
1 year ago