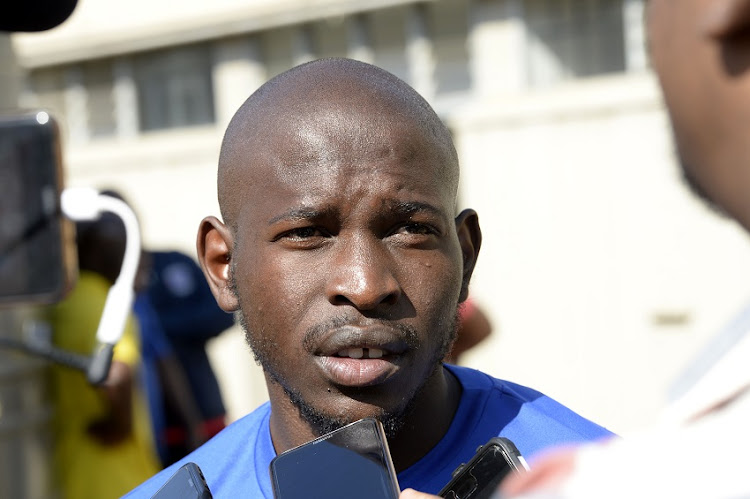 SuperSport United midfielder Aubrey Modiba has said that it was not difficult to stay at the club despite serious interest from Mamelodi Sundowns‚ who courted him persistently for two years.

Earlier this year Modiba signed a four-and-half-year contract extension with SuperSport as they finally managed to fend off strong interest from Sundowns who are believed to have made a multi-million bid for the 24-year-old Bafana Bafana winger.

Speaking on the issue‚ Modiba said discussions with SuperSport football manager Stan Matthews convinced him that staying at the club was the right decision for his promising career.

“The conversations I had with Stan [Matthews] made me to believe that they value me as a club and they believe that I have something to offer the team going forward‚” he said.

“Their handling of the matter made me to believe that I am valuable to the club and they want me to stay. They told me that they don’t want to let me go because they felt that I can still make a positive contribution to the team.”

Modiba said that he was humbled that his performances caught the eye of a big team like Sundowns who were also interested in central midfielder Teboho Mokoena.

“I was humbled that a big continental team like Sundowns made enquiries about me. It showed that I have been doing something right with my football and it will also serve as a motivation for me to continue working hard so that I can open more doors like going overseas in the future.”

When the season was suspended in mid-March‚ SuperSport were tied in third spot on the standings with Orlando Pirates and still in with a shout to qualify for the Caf Champions League or Confederation Cup.

“Playing in Caf club competitions is something that is important to me. When we played in the Confederation Cup a few seasons ago‚ we lost in the final and I learned a lot from the experience‚” Modiba said of SuperSport’s run to the 2017 final‚ where they lost to Democratic Republic of Congo’s crack outfit TP Mazembe.

“Playing there gives you exposure and you get to test yourself against some of the best on the continent. The target for us as SuperSport is to try and qualify for the Champions League or the Confederation Cup next season and I believe that we can do that.”