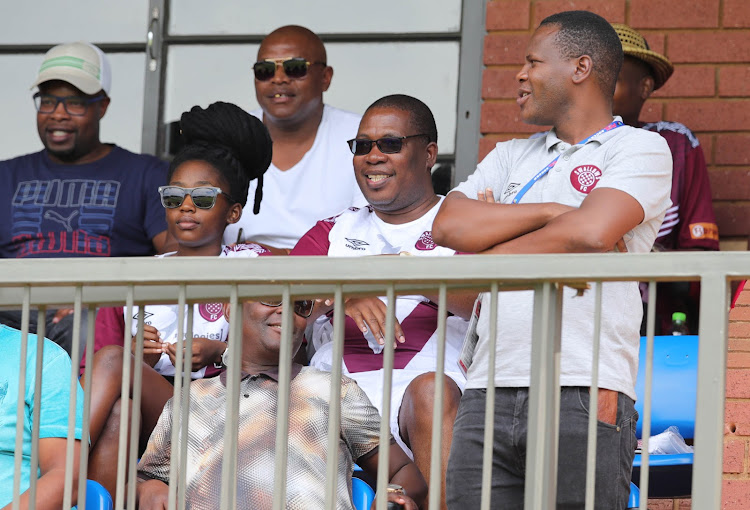 Panyaza Lesufi watches from the stands at the Tuks Stadium during a GladAfrica Championship match between Swallows FC and University of Pretoria in Tshwane on March 8 2020 - a week before the Premier Soccer League season was disrupted due to coronavirus (Covid-19).
Image: Samuel Shivambu/BackpagePix

Gauteng MEC for education Panyaza Lesufi has implored the Premier Soccer League (PSL) leadership to be brave and make a call on the current season‚ saying that time is running out and teams need to prepare for the next campaign.

The PSL season has been suspended since March 16 due to the outbreak of Covid-19 and there is no indication when it‘s going to resume given the fact that the country is in stage three of the national lockdown with restrictions remaining on contact sport.

In a letter he wrote in his personal capacity as a football fan‚ Lesufi‚ a part owner of GladAfrica Championship Swallows FC‚ said trying to finish the season is not only costly humanly and financially‚ but may be impractical.

Lesufi refers to a “July 2020 season cut-off date” as a reason for his scepticism‚ however he appears to be misinformed on that aspect as Fifa have clarified that all countries can decide when their leagues will be completed‚ and clubs can adjust player contracts that end in June accordingly past July.

On Monday‚ it was announced that SA Football Association (Safa) president Danny Jordaan and PSL chairman Irvin Khoza will both report back to sports minister Nathi Mthethwa on the protocols established by a joint task team on the safe conditions for a return to play of the sport amid the coronavirus pandemic.

“In our country‚ health experts concur that we are at the beginning of the Covid-19 pandemic.

"So our task should be to prepare for and make a call about the current season‚” said Lesufi‚ a staunch supporter of Moroka Swallows and who led efforts to resuscitate the club after successive relegations saw them plunge into the amateur ranks.

“To try and force the conclusion of the current season is not only costly (humanly and financially)‚ but it may be impractical taking into consideration of the July 2020 season cut-off date.

"To squeeze all the remaining games and the Nedbank Cup final within a single month will not be in the best interest of the players and the clubs.

“With next season’s scheduled to resume in August‚ the best way is to prepare for next season but make a call about the current season.

"Our PSL leadership should be brave without favour and make a neutral call about the current season.”

Lesufi further warned that with each passing day the odds are becoming “completely stacked against completing the season”.

“To delay making a call about the current season will negatively impact the next season. The period clubs are in now‚ is a period of contract negotiations and team repositioning.

“So the continued uncertainty is not in the interest of all parties involved. So‚ our soccer leadership must make a call about the current season to allow teams to properly prepare for next season.

Lesufi added that football without spectators is not complete.

“I learned with keen interest the report of the Safa/PSL joint committee to persuade the South African government to allow football to resume if possible without spectators.

"The report is well written and presents a medically sound proposal.

“In most instances‚ what is on paper may not be practical in reality.

"The resumption of soccer in Germany has exposed a well-known reality‚ soccer without spectators is not complete.”