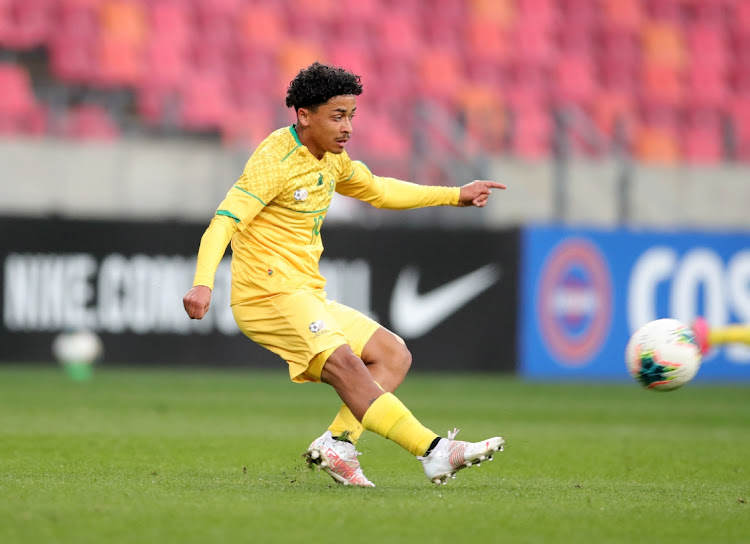 It was in 2018 when Malesela decided to watch the training session of amateur side Panorama FC, who use the same facilities as premiership team TS Galaxy at Radiokop. The now 20-year-old Brooks was in attendance and immediately caught Malesela's eye.

Brooks joined the TS Galaxy first team at the recommendation of Malesela and has impressed in the DStv Premiership,  even going on to establish himself as one of the key central midfielders for Hugo Broos with Bafana.

Malesela said he is not surprised by Brooks’ meteoric rise and the manner in which he has taken to professional and international football over the past few years.

“He is on the right track, but I think he needs a little bit of improvement in some areas of his game. He is growing and will fix those small things that need to be fixed in his game.”

It is always advantageous to send younger players overseas but Malesela said Brooks must only move if he is going to join a club with proper systems in place to help him to progress.

“If he moves overseas, he must go to a team that has a good environment and systems. They will look after him so he plays regular competitive football, keeps improving and is not frustrated.

“We don’t want to send him to a club of ‘cows’ where they are going to delay his progress and he ends up frustrated because he is a special player with a bright future ahead of him.”

“While at TS Galaxy, we trained at Panorama. One day after our training I decided to go and watch boys who were playing for the local team there.

"I think he was playing for the Under 19s then and he was about 17. It didn’t take me long to see he had something special because of the way he applied himself in the game.

“I was amazed at the brains he applied to his game and the thought process in his game. Those things highly impressed me. Immediately I asked his coach to let him come over to TS Galaxy so we could sign him because I wanted him to start training with the senior team immediately.

“His coach didn’t have a problem with that and I told chairman Tim Sukazi t we have to sign this boy immediately so he can get into our system. We signed him together with MacBeth Mahlangu.

“No-one knew Brooks when I recommended him to the club. I believed in his talent and that he can play in the PSL.”