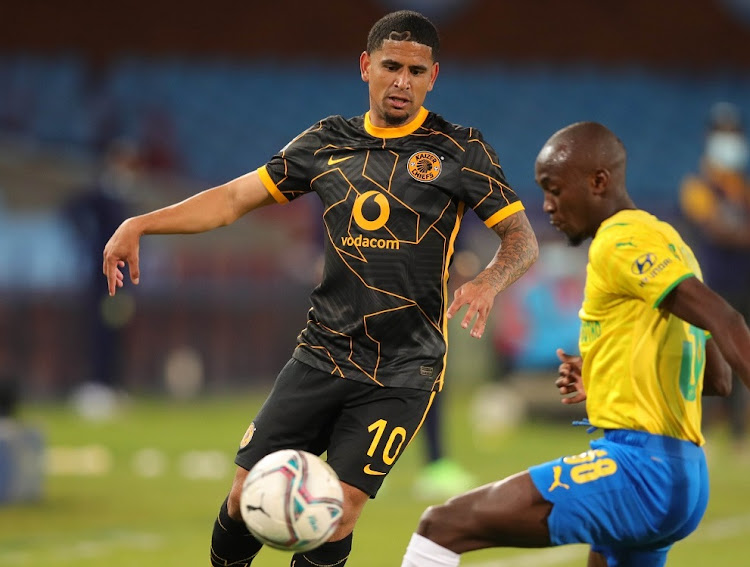 Amakhosi, who qualified for the top eight by the skin of their teeth last season, are in a rebuilding phase under coach Stuart Baxter who has to find his best combination after the arrival of signing such as Dolly, Sifiso Hlanti, Phathutshedzo Nange‚ Njabulo Ngcobo‚ Sibusiso Mabiliso and Kgaogelo Sekgota.

Chiefs have managed one win, one draw and one loss in the league. Their start to the season, however, has been dominated by the reaction to the continued lack of game time of Ngcobo, the Premiership's defender of the season at Swallows FC in 2020-21, and his namesake and midfield emerging talent Nkosingiphile Ngcobo.

“I think so far, so good. We would have liked to win all the games that we have played so far but I think it's a work in progress since the day I got here,” Dolly said as Chiefs prepared to host rookies Royal AM at FNB Stadium on Saturday.

“With all the games we are creating chances and we just need to start converting them. You could see in the first half of the Baroka game that we created about six to seven clear-cut chances that we could have scored.

“We stretched the game out and in the second half we struggled a bit when they got their goal. For us it's to make sure we score at least three or four from the chances that we create to be comfortable and play the way we want to play.”

Dolly was in sparkling form as Chiefs took a two-goal lead against Baroka in an opening half where Amakhosi might have easily scored four, in a league match the Naturena club ultimately won 2-1  before the Fifa break.

Dolly said there are plenty of positives to take from Chiefs' first three Premiership matches, and that they know which areas to work on.

“We can take a lot from the past three games and going forward we know where we need to improve on the field, and we are working on that at training. If you watch our training sessions we are progressing.

“We are not worried about the end product or where we want to be at the end of the season, we just want to be a better team every game.

“Our focus is on Royal AM. We know they are a tough opposition and I have always said there are no easy games.

“They are playing against Chiefs and they are going to come at us. We just need to stick to what we are good at and focus on playing the football that we know and take the training sessions into the match.”

Samir Nurkovic is low on confidence in front of goal but while he is playing an important role in Kaizer Chiefs and getting into scoring positions ...
Sport
11 months ago

Baxter on Chiefs' two Ngcobos: 'If I was a fan I would be asking the same questions'

Kaizer Chiefs coach Stuart Baxter was grilled with tough questions in a press conference on Thursday, and his responses on Njabulo Ngcobo and ...
Sport
11 months ago

Mamelodi Sundowns defender Grant Kekana is expecting a physical game from TS Galaxy in their DStv Premiership encounter at Loftus on Sunday.
Sport
11 months ago

Stuart Baxter's selections have come under scrutiny in recent weeks and the Kaizer Chiefs coach has found himself having to explain the absence of ...
Sport
11 months ago