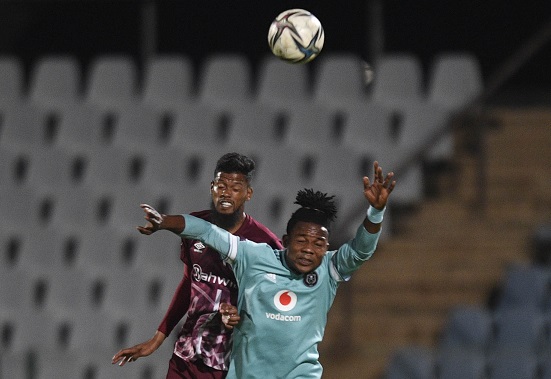 Orlando Pirates coach Mandla Ncikazi says his team are being subjected to “bad decisions week in, week out” from match officials.

Ncikazi said he believed Bucs deserved a win from their 1-1 DStv Premiership stalemate against Swallows FC in the original Soweto derby at Dobsonville Stadium on Tuesday night.

Bucs' co-coach acknowledged Swallows had their chances — pundits were of the opinion the Birds had shaded opportunities — but said he believed Pirates had the better scoring situations.

Ncikazi suggested he was not satisfied with the officiating of referee Tshidiso Mkwanazi, though he did not specify the decisions he felt had gone against his team.

“I felt we deserved all the points. I know we scored early in the match and subconsciously moved back, which was not the plan,” Ncikazi said after the game.

“But having said that I felt we had the better chances. I know Swallows forced a few good saves from our goalkeeper [Siyabonga Mpontshane] — that's his job.

“But I'm just disappointed that we don't become ruthless in front of goal. We miss that decision, we miss that shot. And then you end up in a stalemate like this.

“And then what becomes even worse is that the refereeing does not assist you. I think in the past matches the officiating has been very bad for Pirates.

“I don't know the reasons for it, but I'm just hoping that it improves. We can't be subjected to such bad decisions week in, week out.”

Bucs took a third-minute lead through Bandile Shandu's strike. Swallows were awarded a penalty for a foul on Keletso Makgalwa that Ruzaigh Gamildien equalised from in the 15th.

Pirates meet Mamelodi Sundowns next at Loftus Versfeld on Saturday night in a clash that is generally one of the most anticipated on the Premiership calendar.

Swallows FC and Orlando Pirates toughed out 1-1 DStv Premiership draw that was in character of the often hard-fought original Soweto derby at ...
Sport
7 months ago

Davids explains why Shandu has adapted so quickly at Pirates

Bandile Shandu's ability to understand and apply tactical instructions, plus familiar faces he found there, are among the reasons the ex-Maritzburg ...
Sport
7 months ago

Orlando Pirates coach Davids on Peprah: 'I don't think we've even seen half of what he can do'

Fadlu Davids says Orlando Pirates' co-coaches are pleased with the all-round contribution of Kwame Peprah even if he is yet to score, saying the ...
Sport
7 months ago