Dogs in the city: on the scent of Zimbabwe’s urban history 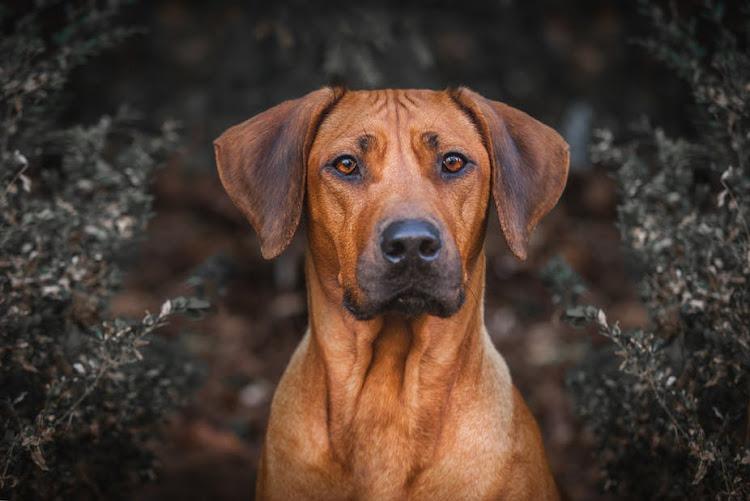 DID YOU THROW SOMETHING? A politician argued that the Rhodesian ridgeback was the dog of the ancestors and proposed renaming it the Zimbabwe ridgeback.
Image: Shutterstock

Dogs are political. Their very existence in modern cities has goaded those in power into trying to discipline them – and their owners. This has happened in the past too: for instance, authorities trying to modernise Paris in the 19th century regarded stray dogs as belonging to the “city’s criminal, dirty and rootless dangerous classes – to be slaughtered”. But similar campaigns against stray dogs in Bombay in 1832 resulted in civil protest, used as an opportunity to challenge aspects of colonial rule.

Our own study focused on changes in regimes regulating dogs, especially those owned by Africans, between 1980 and 2017 in Zimbabwe’s capital, Harare. We drew on archival sources, newspaper sources and oral interviews to describe how Harare dealt with its urban canine citizens over the years following independence. The story shows how dog management reflected competing visions of the modern city.

The city developed a hybrid dog-keeping regime that mixed elements of long-enduring local knowledge with the self-consciously modern and cosmopolitan, as we show below. For instance, rural practices such as tolerating “stray dogs” came to the city after 1980 because the new government was reluctant to enforce colonial-era by-laws. National leaders, animal welfare organisations, kennel clubs and individual dog-owners and breeders all helped shape a shifting vision of the city.

Southern Rhodesia’s white settlers (who were mostly of English stock) established kennel clubs in the first decade of colonial rule. Their mission was to teach Africans to keep fewer and “better” dogs, which meant imported “purebred” dogs. Kennel clubs, animal welfare societies and city councils sustained western regimes of dog-keeping up to independence in 1980.

While authorities fretted, youthful dog breeders and owners associated owning particular dog breeds with being cosmopolitan and being part of modernity.

As middle-class Africans started moving into the (formerly whites-only) suburbs of Harare, so did “free-roaming dogs”. This triggered complaints about malnourished, maltreated, misbehaving “bad dogs”. Irate suburbanites spoke of “wretched animals” – which were not pets and were not walked on leashes but did bark when they chose and freely roamed the leafy streets. They also complained of “mongrel bitches” introduced from rural areas which threatened the purity of breed and sexual health of “well-bred male dogs”. Such intense fears of “mixing” may have been a proxy for anxieties over racial and class order.

The period between 2000 and 2017 witnessed the “Zimbabwean crisis”. This period of political instability saw hyperinflation, state-sponsored violence and massive involuntary migrations. It was a time of lawlessness and yet increased crackdowns on law-breakers. Shacks were destroyed, vendors and hawkers were harassed, and those who did not conform to standard citizenship (such as the homeless) were forcibly removed. The city was being reimagined and dogs were part of this reimagining.

It is a pattern we see in many cities around the world. But we found something special in Harare: a young urban “ghetto dog fancy” was part of the reimagining. The “ghetto dog fancy” gave rise to new ideas about breeding dogs and the aesthetic appeal of particular breeds. The Harare city council blamed the new breeders for the ballooning dog population and for causing rabies outbreaks. By 2005, the city’s canine population was around 300,000 dogs (one dog per five people).

While authorities fretted, youthful dog breeders and owners associated owning particular breeds with being cosmopolitan and being part of modernity. Young male African urbanites took up dog breeding as a new survival strategy.

Since the voices of the ghettos do not appear in the public archives, we conducted oral history interviews on the streets. We found that Africans started breeding boerboels, German shepherds and rottweilers and sold them to security companies and anxious home-owners for as much as US$400 each – in an economy where the average worker might bring home about US$280–300 per month. There was a shifting interaction between local and so-called western knowledge about dog-keeping, as the breeders learned international practices of breeding but improvised with the local breeding stock and their own knowledge.

One Zanu-PF politician, Tony Monda, insisted on a new kind of breed purity. In 2016, he argued that the Rhodesian ridgeback was the dog of the ancestors and proposed renaming it the Zimbabwe ridgeback. There was a nascent nationalism wagging the tail of such endeavours.

In our research, we interviewed a dog breeder who wanted to create “our very own Zimbred mastiff” suited to Zimbabwe’s environment, with its own breeders’ association. Yet these hybrid dogs were the product of hybrid bodies of knowledge. Purists within the urban “dog fancy” opposed such experimental breeding, fearing that this would produce monsters: mabhinya embwa (canine thugs or brutes).

Indeed, for some young men in Harare, such dogs operated as projections of their own masculinity. This new investment in dogs – both economic and emotional – created a new economic and social identity for these men. But city authorities worried that they were emulating “American ghetto culture” based on illegal dog-fighting. Anxiety over dogs mirrored anxieties over an urban under-class of dangerous young men.

Gone to the dogs?

Our tracing of dog history in Zimbabwe showed that political independence brought to power a regime that was prepared to tolerate African “traditional” dog-keeping in the city. This increased complaints about urban free-roaming dogs and a new African modernity that often challenged white dog-owning. Dog rearing regimes came to blend aspects of western breeding standards and African tradition with shifting ideas from international and local working-class cultures and from African middle-class modernity.

The human residents of Harare imagined dogs in multiple, changing and conflicting ways that were contoured by power relations. Dogs have been useful metaphors in re-figuring the race, gender and class order and re-imagining the political order in a post-colonial state.