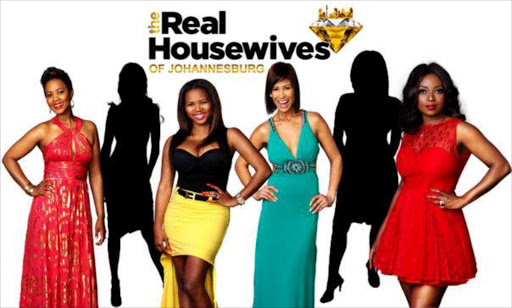 Gossip, pettiness and physical altercations has been the standard for the Housewives TV franchise, but when it comes to the Johannesburg edition, all these will be done away with.

If you are expecting to be entertained by scenes of women snatching weaves, battles over who stole whose man, and outfit changes, then the Real Housewives of Johannesburg may not be your cup of tea.

Instead, the upcoming show will feature established, hard working women who have their own accomplishments under their Moschino belts. Add to that, they are married to successful men, although their husbands more than bring home the bacon - these women hold their own in terms of business interests.

Archie Tigere, the owner and producer of Real Housewives of Johannesburg, previously said the show would air during the course of this year or earlier.

While it was understood that Sonia Sedibe will produce the series, Tigere's website confirms that his company will also be behind the scenes.

According to the website, Tigere Media which has produced a host of local and international shows, boasts production of a world class standard, personalities that are set to feature on the show are listed below:

Puleng Mash Spies
She of Come Dine With Me SA fame and infamously spoke of feeding a whole village in Africa with her Louboutins. Mash Spies claimed to be a restaurateur but was found out to actually be a franchise owner. Clad in killer heels and rocking blue eye contact lenses, the robust "Queen of Dainfern"  stood out with her quirky lines: "shut the front door and what the fudge".

Sorisha Naidoo
The most recognisable of the lot, Naidoo is married to billionare businessman Vivian Reddy. They reside in Durban and Sandton. The former Scandal! actress has shied away from intense public scrutiny, preferring to focus on her skin range which is said to double up as a skin lightening agent.

Thembeka Johnson
She runs her own beauty salon and was the beauty editor for O Magazine and True Love. Johnson is well traveled and perhaps not the most exciting of the cast.

Nazli Delport
Not much is known about the image consultant and marketing manager. Having managed Jozi hottest night spots, Hush and Kong, it is expected that Delport is book and street smart. Viewers willl surely tune in to find out what it takes to manage a portion of the multi million rand club industry.