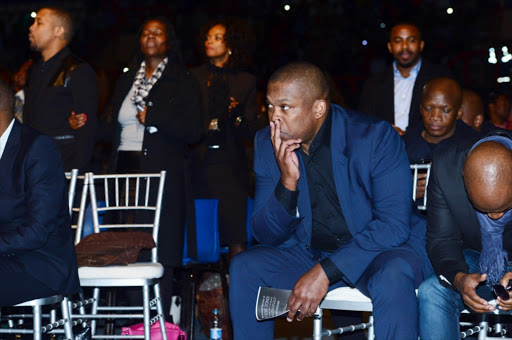 Marawa said he expected a move like this from the broadcaster
Image: Gallo Images / Daily Sun / Trevor Kunene

TV and radio presenter Robert Marawa found out through colleagues at the South African Broadcasting Corporation (SABC) that he had lost his job on Metro FM after an internal notice was circulated at the public broadcaster.

Marawa told TshisaLIVE on Wednesday that he had not seen the email and had not been told that he lost his position at the station.

"This is the first I'm hearing of it. You've seen it. I haven't. I knew nothing about this."

A statement from the SABC was sent to the media on Wednesday afternoon. It stated that the broadcaster had "parted ways" with Marawa.

"SABC Sport has accepted his decision to repudiate his contract with the SABC, which he entered into with SABC Sport on June 6 2017."

Marawa said he was in talks with heavyweights at the SABC on Monday and he was told that negotiations were ongoing.

"I presented my arguments about me not returning to the show as they were punishing my producer for something that I had done. They said they would get back to me. Now this. I had no idea. I knew nothing."

Marawa and the SABC have been at loggerheads since producer Beverly Maphangwa was suspended. Marawa stood by his colleague and said he would not return to work until she was reinstated.

The popular sports presenter said he was calm about the decision and he had expected "something like this".

"These are trumped-up charges borne of people who have scandals of their own and are afraid to expose themselves."