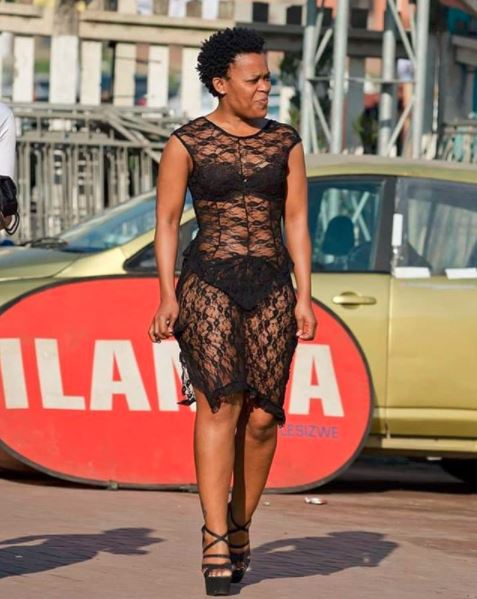 Entertainer Zodwa Wabantu has been banned from a Zim event
Image: Via Instagram

Just a day after apologising for imposing a "panty restriction" on her appearance at an event, Zimbabwean government officials have now banned the musician after a complaint from a local actress in the country.

Zodwa Wabantu was meant to make an appearance at the Harare International Carnival but was told that she would need to wear underwear as there would be traditional leaders present who would not appreciate her signature look.

Zodwa told TshisaLIVE that the condition was restrictive and went against what she represented.

"They know who I am so why did they ask me to do the gig?"

Now another spanner has been thrown in the works after Anne Nhira, who had a cameo role in Mzansi Magic's Zabalaza in 2014, complained that Zodwa was "over hyped" at the expense of local Zimbabwean artists.

"Zodwa dances with no panties and posts naked pictures on social media. How does that qualify her to be a Zimbabwe national tourist attraction and to attend a function of the highest stature this year? We have one of the highest unemployment rates and whatever Zodwa, a South African provocateur who is not even one of the top socialites in South Africa is [sic] getting paid could have gone to another young Zimbabwean woman who has worked tirelessly and does so decently, or a dancer if the intention was that particular? We have dancers and socialites in Zimbabwe who would benefit from this national tourist exposure," she wrote in a letter to government and on her Facebook page.

She posted a picture of a letter from government onto her Facebook page, where the Acting Minister of Tourism and Hospitality said Zodwa's performance be cancelled.

I am ecstatic that the Zimbabwean Government has responded quickly to my letter of objection about "Zodwa wabantu"...

But with Zodwa fever in full swing in Zimbabwe, a club a she has previously performed at has said they will host her no matter what.

"Come rain or sunshine we will host Zodwa at the club because we have a standing agreement which has nothing to do with the government function. She will be with the people as her name "Wabantu' says," said Private Lounge manager Thelma Zuva.