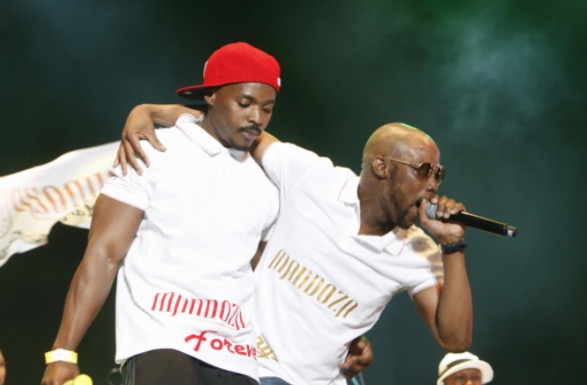 Mandoza at his final performance at the Thank You SABC concert last year
Image: Gallo Images

The wife of kwaito legend, Mduduzi Edmund Tshabalala, popularly known as Mandoza, is set to launch the Mandoza Foundation on Monday, which she hopes will help save lives and continue his legacy.

Mpho Tshabalala told TshisaLIVE  her husband's battle with cancer before he died last year on September 18 inspired her to start the foundation.

"The idea of the foundation was inspired by Mandoza's journey with dealing with cancer. When doctors told him he had cancer and it was already in stage three, I thought to myself 'what happened to stage one and two?"

Mpho said because Mandoza's disease was not picked up earlier there was only so much doctors could to do.

The initiative is in partnership with the Cancer Association of South Africa (CANSA) and will be launched at the Charlotte Maxeke Hospital in Johannesburg.

The foundation plans to host regular talks in townships to help people understand the disease and raise awareness about early detection.

"Black people have the mentality that cancer is a white man's disease and I hope to help change that through mobile clinics and teaching them about annual tests. The way you take your car for a service every year is the way we should treat our bodies, " she said.

Mpho said this was also her way of keeping her husband's legacy alive. "Mandoza was a loving man with a big heart and this foundation speaks to his character and is my way of continuing with his legacy. "

Mandoza died on Mpho's birthday and all she wants is to be able to help at least one life.

"When Mandoza died, I held him in my arms. I couldn't save him but hope I can help others through the foundation."