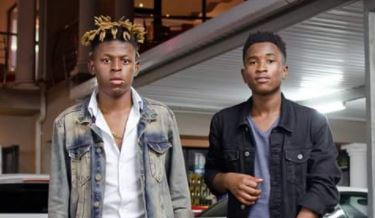 After months of keeping fans in suspense, Distruction Boyz finally dropped the music video for Omunye on Friday afternoon.

Even though the track is a real banger with fans, the video didn't seem to impress.

The video was loaded to YouTube on Friday and has since received just over 37,000 views.

Fans, who labelled the video "boring," seemed to have expected more from the gqom duo.

In the video the duo could be seen surrounded by beautiful women at a party-type set up.

Khanyi Mbau features in the video for a few minutes and is seen showing off her sexy dance moves.

Last week Destruction Boyz released a statement claiming that the video was delayed because Khanyi complained that she was "too dark" on it.

Khanyi told TshisaLIVE that the situation was not that deep and all she asked for was a simple edit.

Check out the video here: