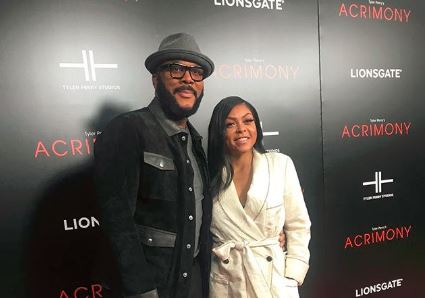 Tyler Perry doesn't often put a foot wrong when he makes films, which explains why we always flock to the cinemas and still buy DVDs of his movies.

His latest film, Acrimony, is just as amazing as his other productions and the numbers prove it. The film has been doing extremely well in SA cinemas and Tyler came out to acknowledge his Mzansi fans.

"I see you South Africa! You set a box office record for Acrimony a few weeks ago. Now we're still holding strong! I've got to plan a trip to say thank you!"

I SEE YOU SOUTH AFRICA!! You set a box office record for Acrimony a few weeks ago. Now we're still holding strong!! I've got to plan a trip to say thank you!!

All Tyler had to say was "plan a trip" and Mzansi Twitter had already planned his itinerary.

Oh, and there are film suggestions for Tyler.

How about a "Madea goes to South Africa" movie?

We need aunt bam, hattie and of course Ma to the D E A. Heluur n u welcuur. We live for shows on stage. Please bring Madea, Uncle Joe n her friends for shows in South Africa. Please please.

Then just as a side note:

Please bring an army,we are taking back the land.

Also in case he doesn't make it this side, he should know

We accept thank yous in cash too 😉

We've been waiting for you ever since "the diary of a mad black woman" pic.twitter.com/nHKYxDDHh7

B represented Mzansi at the event in London.
TshisaLIVE
4 years ago

"My lawyers are dealing with this matter, fully understanding that this is Zara’s business mode," said Laduma.
TshisaLIVE
4 years ago