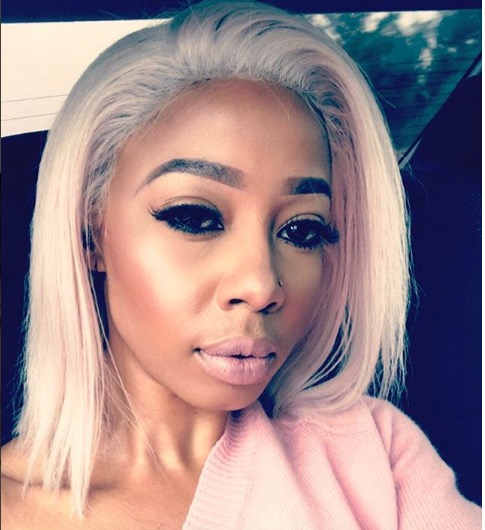 Kelly Khumalo slammed a troll who poked fun at her pain.
Image: Via Instagram

As Kelly Khumalo and those close to Akhumzi Jezile struggle to come to terms with his death, an insensitive troll poked fun at the singer's pain.

Kelly and Akhumzi were close friends, who shared a special bond and many memories together.

As soon as Kelly found out about her friend's death, she took to social media to share her devastation.

She shared a picture of the two of them together in happier times with the caption: "My heart...God help me".

Within minutes the comments section was filled with hundreds of messages of support.

One troll, who evidently had no respect for Kelly's pain and for the pain Akhumzi's family must be feeling, cracked an insensitive joke.

"Now we know it's because of (Kelly Khumalo) lol ka dlala, let's laugh 'n bikkie but may his soul RIP," said the person.

Kelly obviously didn't take the disrespect lying down and blasted the troll for the comment.

The troll was labelled insensitive and disrespectful by Kelly's fans.

It's on! Razzmatazz challenges Juju to a roast

Razzmatazz said he wouldn't mind facing off against another politician. Enter Julius Malema.
TshisaLIVE
4 years ago

"According to us on earth, death is the final destination"
TshisaLIVE
4 years ago

Thobani Mseleni's last weeks: Things weren't going well but he didn't give up

"He was so excited. He told me he would give me all the details later, but that day never came,"
TshisaLIVE
4 years ago

Pastor Kobese says nobody can tell him where his daughter's belongings are and he is making another trip to the morgue to try and get answers.
TshisaLIVE
4 years ago