Twitter thinks Abomama's Jonas should get VIP entrance to heaven 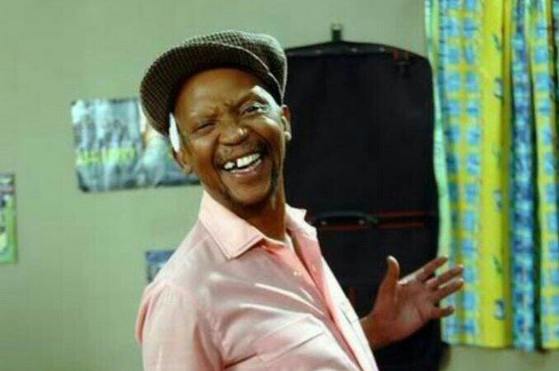 The Sunday night drama Abomama has had viewers glued to their seats since its debut  and as viewers follow the story of dirty money in a clean church with "not so clean" saints, it has been a riveting watch.

The drama, which is centered around a religious group of women in Soweto and a dubious amount of money in the works, had a twist of plot when Jonas, found the hidden money.

Jonas finding the money was the first stress factor for Twitter, because:

#AbomamaMzansi
How can you steal a lot of money and do nothing with it pic.twitter.com/4zexXeG6g0

Now, if you haven't been watching Abomama, then you may be confused as to why viewers were worried that it was Jonas (played by Jerry Phele) who found the money.

Jonas, is that uncle at church who loves, no like really loves the lord. He volunteers his time to clean the church and is just a very devoted man of God. He's also not the sharpest pencil in the box, not that God cares about such, but when he found a sh*t load of money, everybody was just worried about his reaction.

Then, as only he would, Jonas went and took the money to the pastor!

Did Jonas bring the money to the house?? 🤔 #AbomamaMzansi pic.twitter.com/Lj6a0iBE0c

When I grow up I really don't want to be like Jonas #AbomamaMzansi pic.twitter.com/p2rZKZ0Bgn

Instead of ballin' out of control with his "manna from heaven" Jonas let go of all that cash. He treated the money like a lost and found ball, so he was rewarded with R100 for returning the bag of cash.

Jonas my best ..But lets talk abt his loyalty and faithfulness yooo .seeing that kind of money. #AbomamaMzansi

#AbomamaMzansi Just imagine finding a bag full of money only to be given R100... Jonas bathong

Needless to say everybody thinks Jonas is too invested in the church and might possibly be brainwashed by the pastor.

But this church is also saucy AF because the pastor even quotes urban poets like uDrake during church sermons. Athi "started from the bottom and now we here".

The couple will welcome their bundle of joy later this year.
TshisaLIVE
4 years ago

Zandi Khumalo on Senzo murder: Police would've arrested us if we were suspects

"We are also victims in all of this," says Zandi Khumalo.
TshisaLIVE
4 years ago

We might need a holiday after this week's episode of Date My Family.
TshisaLIVE
4 years ago