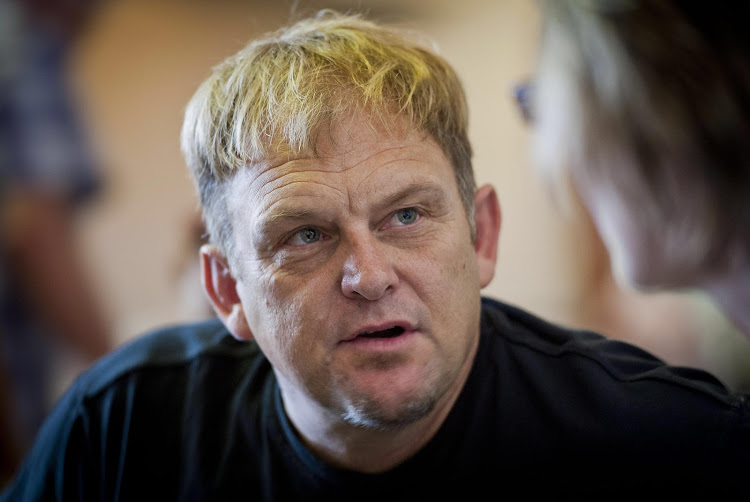 Steve Hofmeyr is planning to return to stage this weekend after a health scare on Wednesday that saw the star being taken to hospital for blood clots which passed through his heart and lung.

The star's team confirmed the health scare to Tshisalive, saying that it didn't cause any short term damage.

"Steve Hofmeyr was admitted to hospital early Wednesday morning for observation. He survived two blood clots through his heart and lung. No short term damage was caused," a statement read.

The star's assistant said Steve's wife was by his side in hospital and the singer was recovering and out of danger.

"He is doing fine. It was just a scare and we are grateful he is okay. He is in a general ward and should be discharged on Thursday afternoon or Friday. Doctors are happy with him. Everyone is happy," said his assistant Leeza Mulder.

Leeza said that Steve was booked for shows this weekend and was confident of being able to perform.

"He has shows and will be performing this weekend. He will rest up but he wants to see his fans. No shows have been cancelled".

While concerned fans have taken to social media to look for updates on the star's condition, Steve joked that they would know he had died if he was suddenly silent on Twitter.

"You will know I have died when I stop tweeting."

Steve was rushed to hospital in 2007 with health issues that he said had him fearing for his life.

According to IOL, Steve told fans at the launch of his autobiography, Mense van my asem, that surviving the scare forced him to look back on his life.

"While I was ill, I reached a turning point in my life. I decided to write this book because when you turn around from death you are forced to look back on your life."

So much flames in a 60 second clip fam. AKA went in...
TshisaLIVE
4 years ago

A photoshopped tweet claimed that Bonang warned Nomzamo about Maps.
TshisaLIVE
4 years ago

The game is called: Who's fooling who?
TshisaLIVE
4 years ago