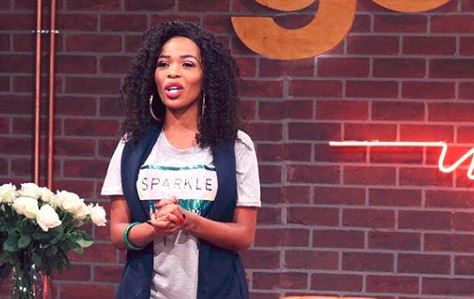 Mmatema sure does make the most out of opportunities and the ex Idols SA contestant is planning on coming for everything in the industry. She can now add host to her resume after she announced her new gospel show on SABC 1.

The 2015 Idols SA runner-up has been fighting to cement her name and presence in the entertainment industry and trying to avoid the trap of the “fleeting fame” that usually follows former Idols singers.

She announced that she’ll be hosting a new gospel show called Gospel Unplugged and told TshisaLIVE all about it.

“I feel really blessed to be part of this show, considering it's a brand new show and nothing will be compared to it and I’ll not be compared to any other presenter. I've been doing my show on One Gospel every New Year's Eve but this one is big because it will be playing every Sunday.”

Mmatema explained that her short stint on One Gospel’s New Year’s Eve show was all she needed as she just received the call that she’s been chosen as the host.

“One of the things I wanted to do outside music was act and present. I got a role to act on SABC 2 alongside Aubrey Pooe, Warren Masemola and many great actors. That role really did open my mind and made me believe I can now do anything. I've always wanted to present,” she told TshisaLIVE.

Taking a similar route to that of Khaya Mthethwa, who went from church, to Idols, to TV then back to church again, Mmatema explained that it was all about embracing the gift of versatility.

“I've been blessed with the gift of versatility and I do not limit myself to one genre. My album is titled Love Praise Worship it has songs for everyone and that is what I believe in."

Gospel Unplugged will air on July 22 on SABC 1 at 5:30pm and play every Sunday.

“I think people now understand where my brand is and in terms of music, they also understand that I'm a born again Christian and nothing will separate me from that. But that still won't stop me from launching into other genres as long as I don’t derail from my roots and beliefs.”

WATCH: This Shashi Naidoo skit is everything

Shashi has kept a low profile since the incident.
TshisaLIVE
2 years ago

WATCH | 'Just let it go, everything will be alright' sings Skolopad for Cassper!

Skolopad has dedicated her song to Cassper Nyovest and Tsibipians to "sooth" the pain of loss.
TshisaLIVE
2 years ago

Koketso Mophuting is a woman with a voice and she plans to use it fully, no matter who it may rub up the wrong way. Her first topic to tackle? ...
TshisaLIVE
2 years ago

AKA was "hurt" by Shane Eagle's tweet to him... so he took several shots at the youngin' but later felt bad...
TshisaLIVE
2 years ago
Next Article