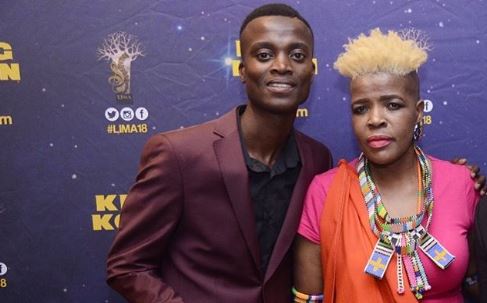 Kalawa Jazmee muso Candy Tsa Mandebele has praised King Monada's smash hit single Malwede, claiming it could be a massive catalyst in her fight to have Khelobedu recognised as an official language.

Candy is one of only a handful of artists who sing in the language, a dialect spoken mostly in Limpopo, but told Tshisalive she would not rest until it was recognised as an official language.

"It is not an official language and we are still voting and fighting for it be recognised. It is important for all languages to be recognised, especially those that have been around for over 400 years like Khelobedu. It is a traditional language and it is in the spotlight again with Monada's song, so why not recognise it?"

She called on President Cyril Ramaphosa to grant her the request.

Candy said she was proud of Monada for sticking to his roots and mother tongue and said more artists should do the same.

"It is important to sing in your language because it is a language that you know better than English or other languages. There are many other artists in Limpopo who sing in this language, but they don't get the exposure. I have a duty to use my platform to push it forward. I just don't have the money to invest in them."

It has been a long battle for advocates of the language, with the Modjadji royal family telling Capricorn Voice in 2016 that they had called on former president Nelson Mandela to recognise the language after many students in the area where it is spoken fail their matric exams because they had to translate their language into Sepedi.

"We pleaded with former President Nelson Mandela for Khelobedu to be recognised as the official language for the sake of the future of our children," the Chairperson for the Modjadji royal council and family, John Malaltji told the paper at the time.

WATCH | King Monada is taking Khelobedu to the world with Malwede!

Moreki hitmaker King Monada apparently left fans disappointed after he had to skip an event he was billed to perform at because of a funeral in ...
TshisaLIVE
5 years ago