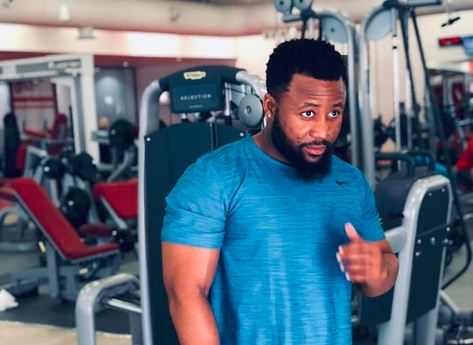 Rapper Cassper Nyovest has responded to claims that he is homophobic and made a derogatory comment to a member of the LGBTIQ+ community, who asked to take a picture with him.

The Tito Mboweni hitmaker was caught in a massive Twitter storm on Thursday when a user Matthew Whitehead tweeted that Cassper had allegedly hurled a homophobic comment at him when he approached Cas for a pic.

So I met @CassperNyovest the other day and after our encounter he said “no homo”. This is the guy who performed at gay pride. A hyper masculine statement to reaffirm his hetero status. After that he’s goons giggled- very humiliating @MON_DEEE

Speaking to TshisaLIVE, Matthew said he had been out with friends when he bumped into Cassper and the incident happened.

Matthew's friend also dug up an old tweet of Cassper's from 2012 he claimed showed that the star had always been homophobic.

You humiliated my Best friend @CassperNyovest infront of your squad just because he wanted to take a picture. That is really disdainful, I really lost respect for you and this tweet from 2012 just affirmed that you aren't for the LGBTI+ COMMUNITY. pic.twitter.com/Titr1EJSKG

As the claims gained traction, Cassper took to Twitter to address his fans and clear the air.

The rapper quickly shut down any suggestions that he was homophobic and said he supported the LGBTIQ+ community and even performed at the Gay Pride Festival.

"First of all I want to make it clear: I am not homophobic. I have no problems with gay, bisexual people, white, black...I don't have a problem with anybody. I love everyone."

He addressed the 2012 tweet saying it was a joke and apologised to anyone who was offended by it.

"I guess it was distasteful and I would like to apologise if that offends anybody."

Cassper then turned his attention to the tweet that started the storm. He claimed that Matthew approached him "very very drunk" and the pair had simply joked over a photo. He apologised to Matthew for any offense that was taken.

"There was something in the picture, when we took the picture and he said he 'wanted in there'. I was joking when I said, 'Hey, no homo, though'. I think he took offense."

But Matthew shot down Cassper's explanation, claiming that the misunderstanding came from Cassper plugging Ciroc.

In a video seen by TshisaLIVE Cassper asked Matthew if he had been drinking and was told he had only been drinking wine. Cassper then plugged Ciroc and Matthew asked Cassper to give him some.

Matthew said he accepted Cassper's apology and hoped the incident would bring awareness of the battles people in the LGBTIQ+ community faced in being accepted.

"I hope this is a learning curve for Cassper and other people to realise that you can't just say things. They have meaning."

Cassper Nyovest breaks down new Universal deal: We are like Rocafella

Can you believe AKA & Cassper actually agree on something?