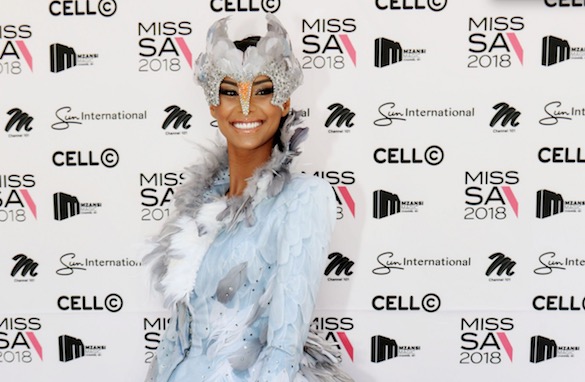 Miss South Africa Tamaryn Green on Thursday revealed her national costume which will be worn at the Miss Universe pageant on December 17.

Inspired by Mzansi's national bird, the blue crane, the outfit is complete with sparkly leggings and a feathered mask.

The 24-year-old from Paarl will be competing in the pageant in Bangkok, Thailand.

"The training is going very well. There is a lot more that goes into it than people think. It requires mental, physical and emotional preparation which includes practising hair, make-up, styling and public speaking," said Tamaryn.

The national costume was designed by Malikah Hajee and Lloyd Kandlin.

"More than 1000 bluish grey and black feathers have been hand placed on the costume and resemble underwing feathers. The headpiece is encrusted with crystals resembling the beak. The custom print fabric was designed locally," said Hajee. 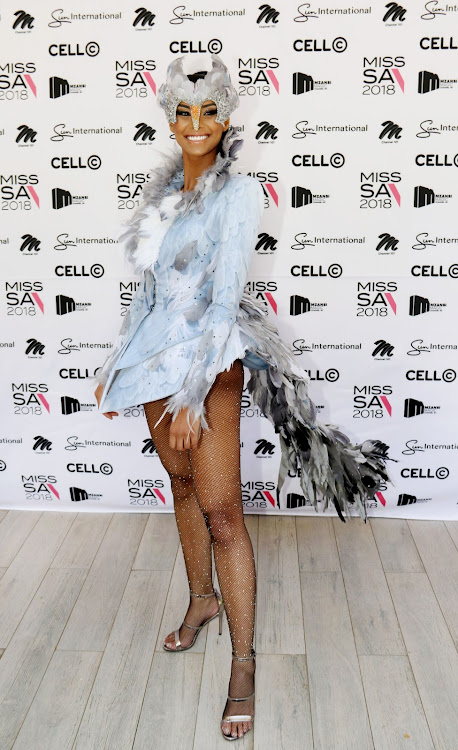 Reigning Miss Universe and local beauty Demi-Leigh Nel-Peters will be handing over the crown at the pageant. Organisers are hoping for a consecutive win for South Africa - something that has only ever happened once before in the history of the Miss Universe pageant.