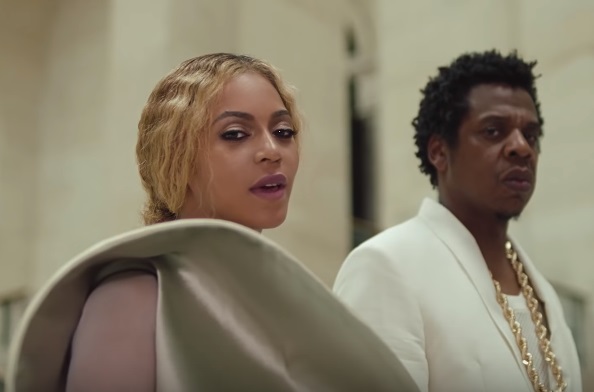 Beyoncé Knowles-Carter has arrived in Mzansi for the Global Citizen Festival: Mandela 100 that will take place on Sunday December 2.
Image: Beyoncé/YouTube

After much-anticipation and swirling speculation the mother of all queens, Beyoncé touched down on Mzansi soil on Thursday afternoon.

After months of wondering if they will actually make it and moments of many members of the Beyhive trying not to jinx it, Beyoncé Knowles, her hubby Jay-Z and their children have arrived in Joburg ahead of the Global Citizen Festival: Mandela 100 on Sunday.

A mob of fans could be heard screaming their lungs out for Bey as she was quickly whisked away, protected by bodyguards and over a dozen South African police officers.

Jay and Bee and their 3 kids landed at Lanseria Airport today. #GlobalCitizenFestivalSA pic.twitter.com/oaYpdcUIYp

This is all the Beyhive members of Mzansi looking at all the people who said that Beyoncé  wouldn't come to South Africa!