Ayanda Ncwane on Sfiso: I'm not ready to let go 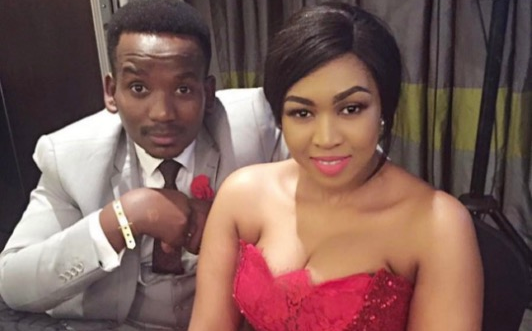 This Wednesday will mark two years since gospel star Sfiso Ncwane died but for his wife, Ayanda the love they shared is still very much alive.

Sfiso died on December 5 from complications of a kidney failure.

While Ayanda has slowly picked up the pieces of her life, she isn't ready to let go of the bond she and Sfiso shared.

During an interview with Drum magazine the businesswoman poured her heart out.

"I still feel very connected to Sfiso. I know we said the vows-till death do us part- and death did part us but I am not ready to part. I haven't been able to accept that. I'm not ready to let go," she said.

Ayanda added that dating was the last thing on her mind because she was still learning to live without her husband, who she met when she was 18 years old.

She said that it would always be a difficult task for any man to measure up to the way Sfiso loved her.

"I feel sorry for the man who will follow as I'll always compare him to the way Sfiso loved me."

Even though it hasn't been easy for Ayanda she's been determined to continue Sfiso legacy through the company they built together.

She also released a book, For The Love of Sfiso Ncwane earlier this year.

"I want to tell our story, our way. There are a lot of untruths about Sfiso's life on the internet and that has been reported by the media, and I want to give his fans the truth about his life," Ayanda told TshisaLIVE shortly before the book's release.

Ayanda has also proved her critics wrong and has been hard at work promoting Abathandwa, the gospel group whose track Ehhe Moya Wam has taken Mzansi by storm.

Reflecting on Abathandwa's success Ayanda said it was proof that Sfiso had multiplied.

"They go by the name of Abathandwa. As sis Criselda said Ncwane didn't die, he multiplied. As we journey forward with the vision we appreciate everyone who supports them," she wrote on Instagram.

HALALA | Emtee put a ring on it!