Gospel star Gugu Nkutha on year-long health battle: I believed for a long time that God would heal me 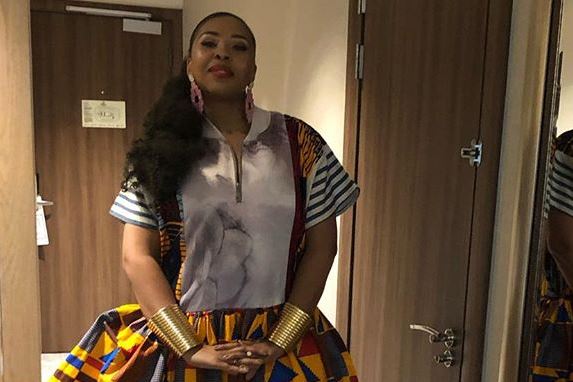 For a year gospel star Gugulethu Nkutha had to walk around with a change of clothes and be on high alert, aware that she could start bleeding at any time. In her moments of desperation she prayed for healing.

The Mayenziwe hitmaker was celebrated with the Community Outreach and Best Newcomer at this year's Crown Gospel Awards recently. She told Metro FM's Khaya Mthethwa and Thami Ngubeni that her initiatives to improve the lives of women across the country was helped in part by her own struggles.

She shared the heartbreaking story of her year-long illness that led to her having to undergo an operation to have her womb removed.

She said that she knew what the women who touched Jesus's coat to be healed felt like. Like the lady in the story, Gugu also had problems with bleeding and said she remembered a time when she was in a shopping mall and started bleeding.

"I had to rush to Checkers to get stuff. I had to get new clothes and wash myself in a public bathroom."

She said that she often prayed for healing and believed that she would, but a remedy didn't come until she accepted her struggles.

"I believed for a long time that God would heal me until the holy spirit said that even the medical intervention was there for him to help me. The question is do I still believe that God can heal? Yes. Without a shadow of a doubt."

Gugu has recounted many of her life lessons in a book called The Things She Remembered, launched this past weekend.

What a day @GugulethuNkutha filled out @book_capital for the launch of her book, “The things she remembered”. Thanks to @MeridianWine for the wine sponsor. pic.twitter.com/bwGncX3xv8

Ayanda Ncwane on Sfiso: I'm not ready to let go

Xolani Jwaga on gospel backlash: You can't paint all of Christianity with the same brush

The musician, who is planning to fill up Kwa-Thema Stadium recently got the royal stamp of approval.
TshisaLIVE
3 years ago