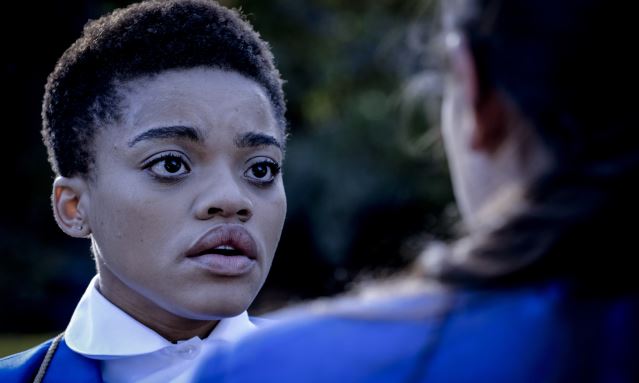 Makgotso M plays the role of a bully called Moipone on 'The girl from St. Agnes'.
Image: Supplied/ Patrick Toselli

Actress Makgotso M, who has been a victim of bullying knows the kind of pain it inflicts and channeled some of that emotion into her latest role as an unapologetic and intimidating bully.

Makgotso plays the role of Moipone on the highly-anticipated Showmax drama The Girl from St. Agnes, which premieres on the streaming service on January 31.

Makgotso told TshisaLIVE that even though she had never played a bully before, after being bullying herself she knew the emotions it brought.

"I have never played a bully. I have been bullied before so I thought, 'this will be interesting'. I loved playing the role though."

Bo lova! Meet Moipone! She is a character, that's for sure lol and she is not to be messed with. Find out more at St. Agnes School for Girls, the only Saint is in the name. Open for admissions of guilt 31 January” #TheGirlFromStAgnes @showmaxonline

The actress explained that she had been tormented by other students, while she was studying in the UK.

"I went for the first few years of secondary school in the UK and it was so tough. I didn't channel that directly because I was on the other end of the bullying back then but I tap into it. But I drew from being in a space of being unapologetic more."

She said the show will highlight several issues faced by young people today, including the impact of social media and the internet on self-image.

"I think audiences will pick up on that. It shows what some young people are getting up to and it's shocking really. I think sometimes parents forget what it is like to be young and the pressures it brings."

Watch the trailer for The Girl from St. Agnes below.

Kid Tini on depression, suicide & teen pregnancy: I have a duty to speak out

The video comes in part from his own experience with impregnanting a teenage girl.
TshisaLIVE
3 years ago

Actress Michelle Mosalakae has lit up screens on Isibiya and the star is ready for the world to know her name. Michelle, who plays the role of a ...
TshisaLIVE
5 years ago