Kelly Khumalo explains her reason behind the EFF rally walkout 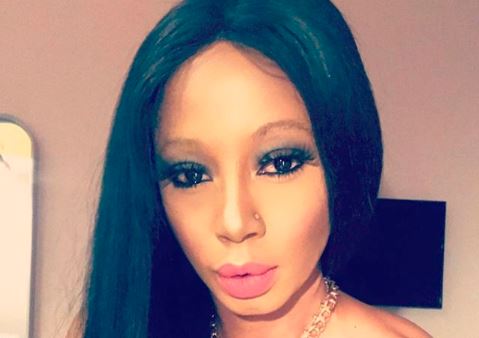 In an attempt to teach people how to treat her, Kelly Khumalo cut a performance at an EFF rally last week short and has been giving trolls on social media a taste of their own medicine through spicy clap backs.

During an interview on Trending SA, Kelly explained why she walked off stage and why she isn't willing to just turn the other cheek anymore.

The songstress performed just two songs before ending her performance at the rally in Durban after people starting chanting #JusticeForSenzo.

"I was in a relationship with him (Senzo) and I am in the public eye. And I think that people think I'm an easy target."

Kelly said she was over letting people come at her.

"I've taken certain steps because it's not just about me - I've gotten to a point where I realised that I have to teach people how to treat me. Now I'm like, you know what, you've done so much, you've said so much and I'm going to clap you. Because I can (clap you)  just because I don't do it, doesn't mean I can't. So if you keep just hovering around me, you will get clapped!" she said.

Kelly K stands firm after walkout: Do you think bullies would scare me?

Kelly Khumalo says she will not let bullies get to her.
TshisaLIVE
3 years ago

Kelly, who was in a relationship with the soccer star at the time of his death in October 2014, was performing at the Chatsworth stadium over the weekend when the audience started the chants.

According to Sowetan, the chants started at the back of the crowd and Kelly signaled to the DJ that she would only perform one more song and after that, she walked off stage and left the venue.

"You think a bunch of bullies who find comfort in hurting people would scare me? Think again I am the light and the power of God in a human form. Dare touch me!," she said on Twitter a few days after the incident.

"I have signed an incredible diamond deal in New York for a shoe range that is coming out under House of BNG."
TshisaLIVE
3 years ago

Viewers are ready to deal with Mthunzi themselves.
TshisaLIVE
3 years ago

Fans got what they wanted and then realised they actually didn't want Diamond to die...
TshisaLIVE
3 years ago