The line, 'khona izingane la endlini' has been trending ever since video footage of Mampintsha slapping Babes went viral 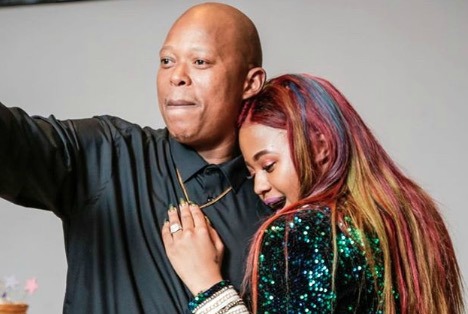 People who have rallied in support of the gqom star ever since video clips of her being slapped by Mampintsha earlier this month was shared on Instagram Stories have reacted to the latest debacle with disappointment.

Mampintsha was arrested on charges of assault and released on R2,000 bail. He laid a counter charge of assault against Babes.

The video footage sparked widespread outrage - but a line Mampintsha shouted on the video has taken on a life of its own. The line 'khona izingane la endlini' also forms part of the lyrics of Mampintsha's latest track.

In the video clips, which TshisaLIVE has confirmed was taken on Thursday night at 47th Avenue club in Durban, Babes could be seen performing on stage. The crowd erupted mid-performance when Babes suddenly shouted 'khona izingane la endlini' and then continued her performance like nothing happened.

Several attempts by TshisaLIVE to get comment from Babes or her management on why she could be heard shouting out the controversial line proved unsuccessful by the time of publishing.

#BabesWodumo now we are minding our business AND good luck with your career without all the people who feels disrespected by you, your fans, supporters and even fellow celebrities!

One thing fo sho yo career will never be the same! @BABESWODUMO#SalaWedwaNibhonyaneKahle pic.twitter.com/egYVlygyXT

A witness who was in the club at the time of Babes' performance told TshisaLIVE that it was a regular Babes Wodumo show and that she wasn't actually performing a new song by Mampintsha, instead she just suddenly shouted out the line during her song.

"The crowd went wild after she (Babes) said that, just as it shows in the video. She caught everyone by surprise. She didn't go on to say anything more after that but the way she said it made it seem like it was just a performance gimmick," the witness said.

Dogg DBN, who is a well-known events organiser, told TshisaLIVE that even though a track by Mampintsha featuring the lyric does exist, it has not yet been released.

"Mampintsha has a lot of songs he did that weren't released, like some that are at Afrotainment. A song has air clips. Whoever was producing that song - I think as a joke - added that lyric," he explained.

Meanwhile, Babes topped the trends list after the video clip surfaced but has kept mum on the performance in question.

Watch the mini video clip below:

IN MEMES | He's dead! Jama finally got what he deserved!

Legendary musician Sipho 'Hotstix' Mabuse has reflected on his career and financial literacy, claiming black people were previously not exposed to ...
TshisaLIVE
3 years ago