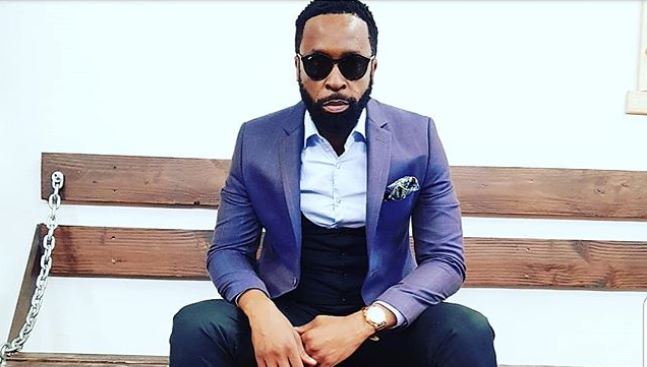 DJ Sbu has told his haters to sit down.
Image: DJ Sbu/ Instagram

DJ Sbu has responded to the social media storm that erupted around him after he claimed to "represent the continent" at an informal memorial that was held by community members for late US muso Nipsey Hussle, who was shot dead on Sunday.

Sbu, who is currently in America, made the remarks at the site of Nipsey's death in Crenshaw, Los Angeles, and shared several videos from the memorial, including his speech.

Soon, social media was filled with comments from people claiming the businessman and musician was trying to steal the spotlight.

The incident saw him trend on Twitter throughout Wednesday as fans weighed in on his speech.

One fan went straight to Sbu's Twitter mentions to ask him who had appointed him the ambassador for Africa, which elicited a lecture from the master himself.

"(I appointed) myself. The day you start travelling to other continents only then you will understand that as soon as you leave your country or continent of origin, automatically you represent where you're from."

He said that it was not up to others to appoint him, but rather a position he took out of duty.

"No one has to elect you. It's your consciousness that should kick in," he added.

He also shared several posts from people who supported him and his decision to represent Mzansi and Africa at the event, before sharing another post on electing yourself.

Reason you're not getting ahead in life you're waiting for someone else to validate, elect or tell you, you are good enough.

STOP WAITING 4 OTHER HUMANS TO ELECT, VALIDATE or APPROVE YOU.
YOU ARE GOOD ENOUGH. THAT THAT THEY CAN DO, YOU CAN DO IT TOO. WAIT FOR NO ONE. ACT NOW👊🏿

'Who sent him to speak for Africa?'
TshisaLIVE
2 years ago

DJ Sbu has got the internet riled up again after he shared a video on social media of young men who appear to be under the influence of a substance ...
TshisaLIVE
2 years ago

DJ Sbu actually had a guest pass and did not break the law.
TshisaLIVE
2 years ago