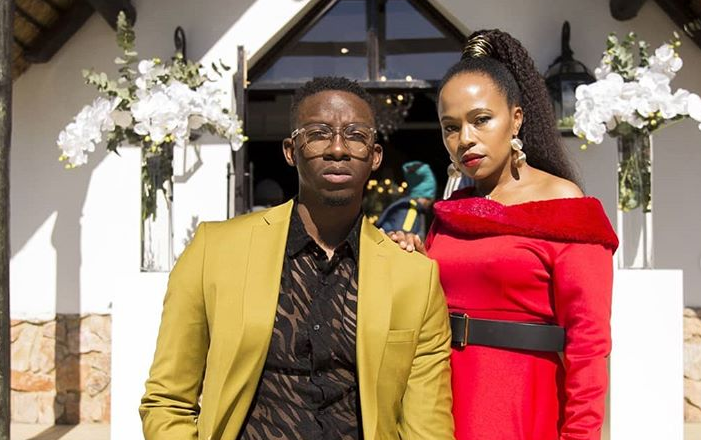 Zolani has not only ordered an audit of Khanyisa Diamonds, but he’s suing his aunt, and Lindiwe is livid!
Image: Instagram/Sindi Dlathu

Day one fans of The River are having a hard time coping as they watch the ultimate dynamic duo, Lindiwe and Zolani, declare war on each other, all because of Zolani’s latest love interest.

From the first episode of the telenovela, fans knew Lindiwe trusted Zolani with his life and vice versa. They knew the aunt and nephew’s loyalty would always keep them together whether at the bottom or at the top. When they fell in love with Lindiwe and his side-kick, they couldn’t have foreseen there would ever come a time when Zolani forgets who Lindiwe is and goes against her.

That time has arrived.  Zolani has not only ordered an audit of Khanyisa Diamonds, but he is suing his aunt, and Lindiwe is livid.

Fans know that even though Lindiwe taught Zolani all he knows, he’s most likely underestimating Lindiwe, something which fans know is a deadly mistake.

Not only are fans hoping Lindiwe gets rid of Emma, who is the source of their conflict, but they want her to also remind Zolani never to mess with Madlabantu.

Check out the memes below.

Zolani and Lindiwe! When elephants fight, it is the grass that suffers!!! This will not end well! Tsi #TheRiver1Magic pic.twitter.com/ScQHI29a3W

I'm getting stressed for Zolani and Madlabantu's relationship. Neither will like the other when backed into a corner. Mara go gobala Zolani mncwii struuu #TheRiver1Magic

Lindiwe must kick both Emma and Zolani out of her house and not leave them with a cent, I wanna see how they'll recover from that struggle... Emma is boiling my eggs #TheRiver1Magic pic.twitter.com/8qQywoLkMs

#TheRiver1Magic Zolani wont stand for Madlabantu 'wrath, i feel for him cause he is drunk in love and he forgets Lindiwe so easily pic.twitter.com/fCKH1GPkCy

We cant lose the combination ya zolani n lindiwe , they are massive #TheRiver1Magic pic.twitter.com/ynVXgVVz15

Some fans are choosing to stay in denial, in happier times. Nobody can blame them.

Basically, Emma o jola ice boy when she thought she scored herself a millionaire.
TshisaLIVE
1 year ago