US musician Tyrese slammed for post on 'white slavery' in SA 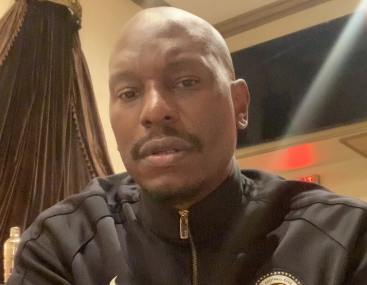 He shared four pictures of white men in chains and a black man as their “master”, and another of a white woman breastfeeding a black baby while the child’s black mother gets ready for work.

The other shows a young white girl looking at black dolls and white women giving foot massages to Asian women. The post has now been removed but screenshots are making the rounds on social media.

It was captioned “the flip ... get to YouTube this is what’s going on in SA.” It remains unclear what the content is about as he didn’t share its link.

Before the post was deleted, Tyrese's South African followers asked him to remove the pictures  and in response, he said he was sharing what he had seen during his visits to SA.

“I am not offended by the feedback, it was an attempt at a compliment based on that YouTube clip that I have already referred to. Not the general overall SA but specific areas and specific groups are doing well, based on my own 10+ visits to SA and seeing things with my own eyes,” it reads in part.

He added that he isn't like “other folks from America who just have opinions”.

South Africans are accusing Tyrese of using his influence and massive following to spread false information about the country’s state of affairs. On Instagram, he has more than 12 million followers.

This is what people had to say:

Poor @Tyrese got misled by those white folks on youtube spreading propaganda about imaginary "farm killings" in SA...imagine thinking the dude was only acting to be stupid in fast & furious, only to find out that even in reality his black ass ignorant af 🙄#Tyresemustfall

What we need nje is a law that ensures that anyone that spreads false information about our country is imprisoned. Tyrese wouldn't have posted that if it wasn't for those white people that tell the world that there's a white genocide in S.A. so we need to start with those whites

@Tyrese How could you even conceive the idea that black South South Africans are doing what slave masters did to Africans?
What was your motive especially at the time of such heightened racial tensions?
Did you do this for #AllLivesMatter against #BlackLivesMatter?
What is this? pic.twitter.com/O4egUxiKpq

So, Tyrese is peddling lies about South Africa!! You'd think he would do a bit of research... 😳😳 pic.twitter.com/XHMlRE6T8Z

... they find ONE squatter camp full of whites suddenly whites are poor in SA. OK, how about that 3 generational wealth though? how about the 4mil houses in Bedford? who owns that? When theres n equal proportion of white n black pour people then we can talk

Refilwe Modiselle on being accepted for her 'blackness'

"I know what it's like to constantly go through the prejudice of not fitting a specific mould..."
TshisaLIVE
1 year ago

'Give us a date,' hair and beauty industry tell government

Minutes after President Cyril Ramaphosa announced on Wednesday evening that the hair and beauty industry could reopen during level 3, scores of salon ...
News
1 year ago