‘Hands off the Fergusons' - Zenande Mfenyana defends 'The Queen' producers 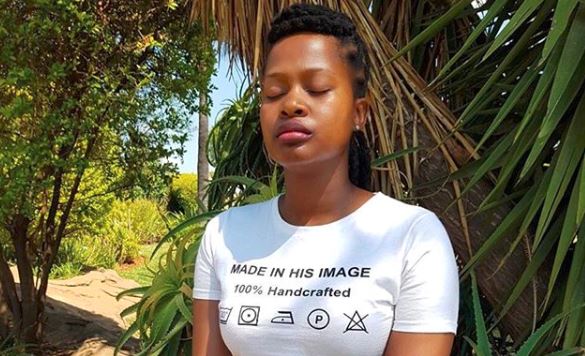 Zenande Mfenyana has defended her bosses at The Queen, telling fans that she will not tolerate anyone bad-mouthing them to her.

The Fergusons have made headlines in recent months amid claims of mistreatment from actors.

In an open letter circulating on social media last week Mlamli Mangcala alleged that the producers made empty promises on his salary adjustments which resulted in him losing his car and that he was on the verge of losing his house in Cape Town as well.

Mlamli added that the Fergusons accommodated him at the Khoza Mansion, however, he said they made him “share a bed” with the caretaker.

A follower raised the matter with Zenande, who plays the role of Goodness Mabusa on The Queen, and the star made it clear that she was not here for people attacking her bosses.

“Don’t for one second assume I will entertain people bad-mouthing my bosses. So if you have something negative to say about them, don’t bring it in my mentions please. Let’s respect each other. Hands off the Fergusons,” she wrote.

Her comments come just days after actor SK Khoza slammed those who were criticising the couple.

“Take a moment and appreciate. Shout out to Shona and Connie Ferguson. Everyone is just hating on y’all. When you the best, people will talk, it doesn’t matter if you doing good or bad,” he wrote.

She said initially the character was supposed to be for a Joburg-based actor but he agreed to take the role and manage his own travel arrangements. After he raised his concerns and admitted to having some difficulties, the company changed his contract to allow him a set monthly income.

She also denied that he was given a R100 salary increase and claimed the actor's expenses were more than R27,000 from season two to season three.

SK Khoza has a message for the Fergusons' haters

'Everyone is just hating on y’all. When you the best, people will talk, it doesn’t matter if you doing good or bad’
TshisaLIVE
2 years ago

TV personality Kuli Roberts to play a sugar mama on The Queen: 'I can relate to Mildred'

Kuli Roberts returns to the small screen.
TshisaLIVE
2 years ago

LISTEN | Rami Chuene on activism & speaking for the 'exploited or vulnerable'